Edgewater, a brand new suburb, is served at the top of its hill by a number of commercial enterprises, including a fish and chip shop of which we’re fond.

There’s eateries of the Malaysian and Thai persuasion, an Aldi outlet and a few other places we’re yet to sample.

Down the hill, at water’s edge so to speak, the feel is different.

Despite the many houses and apartments, the place seems to have a ghost-town vibe.

Where are all the people?

There’s a creperie and cafe/restaurant/deli, both of which we’ve hit for coffee without being tempted to go further.

But despite the slightly forlorn vibe, Bennie and I have taken to enjoying the undeniably gorgeous setting along the waterfront, quite often going for a ramble in the downtime between the school day ending and rugby practice starting across the road.

And when we’ve been hanging out here, we’ve always wondered about the large space at the river’s end of the main apartment building.

Obviously designed with a restaurant operation in mind, it perennially looked unloved and desolate.

In our minds, there seemed little chance of this neighbourhood having any kind of pizzazz while it remained so.

So we were delighted to hear from a local that the place was destined – in a few days’ time – for a new life as a living, breathing, operating restaurant.

A few days later, during the week’s second footy practice, I take the opportunity to check the place out, in the process meeting manager George and maitre’d Lisa and snagging an invite to the coming Saturday night’s “soft launch” (full disclosure below).

Lit up and looking beaut on a chilly but windless winter night, the place is an eye magnet. Come spring time and summer, the outdoor seating on the Lakehouse balcony will surely become one of the great westie haunts.

I do worry, though, about the ability of this new enterprise to throw off the downbeat baggage of several year’s of inaction and non-use. Such things can take a while to overcome.

So I’m delighted to find that relatively early on a Saturday night the place has a cheerful buzz going, with about half the tables taken.

Lisa tells me some of the customers are friends or family of the Lakehouse crew, but plenty more are curious walk-ups or locals eager to check out this new arrival.

If I lived in this neighbourhood, I’d be hitting Lakehouse pronto, too!

The service and welcome are fine, and everyone seems to have a spring in their step.

The restaurant interior seems rather flash, yet on the other hand the are no airs and graces going on here.

The napkins are paper and there’s two wall-mounted TVs, one showing footy and the other cricket.

Likewise with the food offerings, represented by a shorter opening night list that will expand come the place’s official opening in a few days’ time, taking in the pizza oven offerings along the way.

Think solid bistro tucker with an Italian influence, the main course pricing of $22 to $34 seemingly pitched at getting the locals to think of the joint as a regular option rather than just as a swish night out.

The calamari is low on crisp but as tender and flavoursome as calamari gets. The salad works, too, helped by a smooth dressing that is both creamy and light.

My two handsome bones ($28) are everything lamb shanks should be – really pungent with sheepish flavour, generously meaty and with the flesh falling from the bones.

The garlic mash has a slightly bitter edge to it, but both it and broccolini play nice second fiddles to the tremendous shanks. A greater quantity of juice/gravy would’ve hit the spot with me, though I know that’s not bistro style.

I’ve enjoyed my meal heaps but wonder about how good a seafood pasta might be at such a place – and whether there’ll be a hamburger on the regular menu.

Lakehouse Restaurant will be open for lunch and dinner from Wednesday to Sunday and for breakfast from 8am at weekends.

Disclosure: Consider The Sauce was provided a meal without being required to pay by Lakehouse management, which did not know which dishes would be ordered. No editorial input was sought or given.

NOTE: The menus below represent the Lakehouse opening night offerings – the regular menu will be along the same lines but, I’m told, longer. 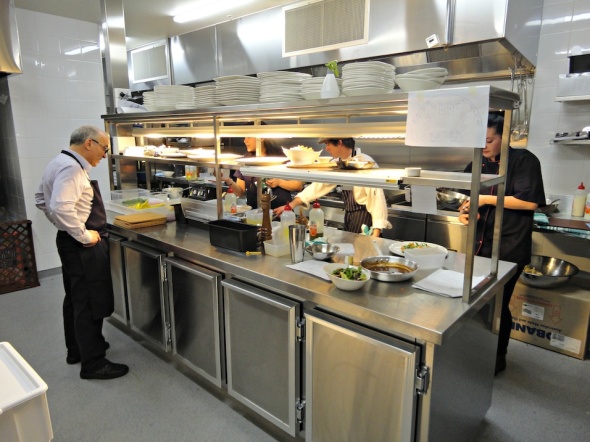 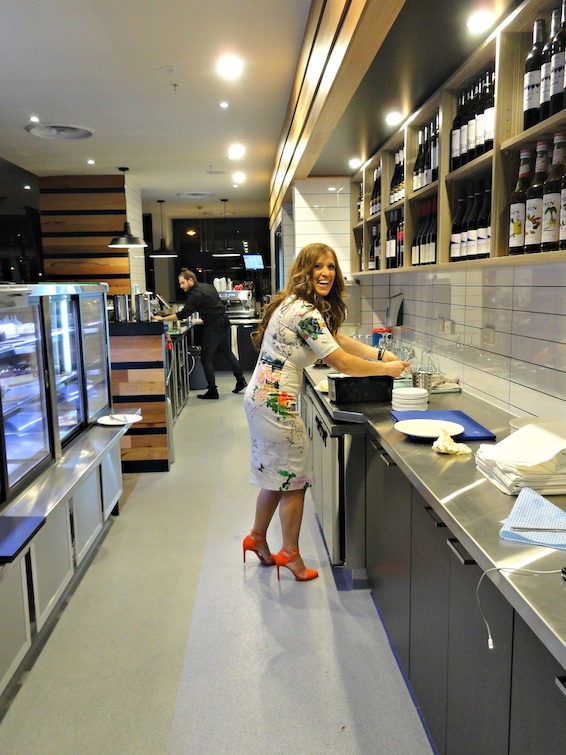 5 thoughts on “A westie room with a killer view”