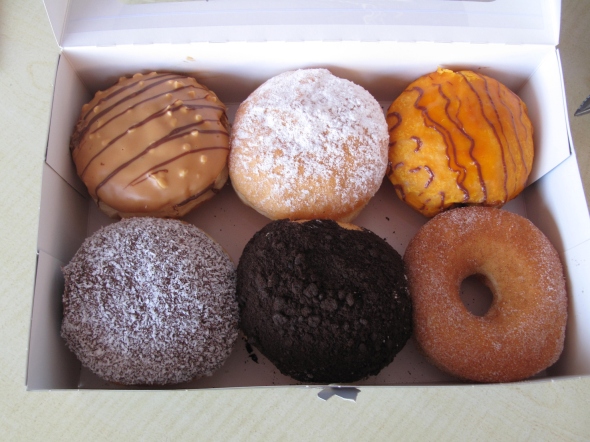 Despite having – until now – never visited Daniel’s Donuteria, I am so used to thinking of it as a Hoppers Crossing fixture, that it comes as something of a shock to discover it is but one.

There are others – thanks Bennie, Nat for wising me up – in Springvale, Carnegie, the CBD and even (blow me down) at Highpoint.

But here we are at Hogan’s Corner in Hoppers.

How to describe Hogan’s Corner?

It’s a weird collection of shops and and caparking seemingly distributed at random.

When it comes to shopping centre/precincts, Hogan’s Corner is definitely at the unlovely end of the spectrum. 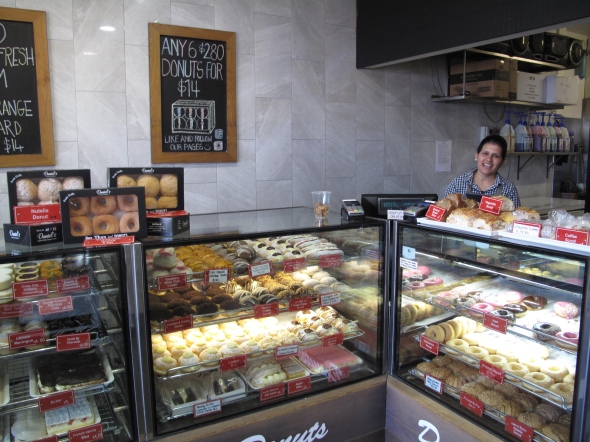 But it serves the local community pretty well, I suspect, and we enjoy the unfamiliar setting as we get familiar with Dan’s “donuts”.

They are very, very good, though it may be some time (maybe never) before we partake of a post-midnight deep-fried batter run to Hopper’s Crossing for the place’s popular 24-hour opening hours on Friday and Saturday. 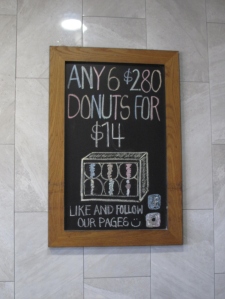 We have been envisaging sharing three donuts between us for lunch.

But we succumb to the attractions of a great offer – six of the joint’s top-line specimens for $14.

That’s about $2.30 an item – and that makes for a ripper deal when compared with the prices I see Krusty Kreme products going for closer to home. 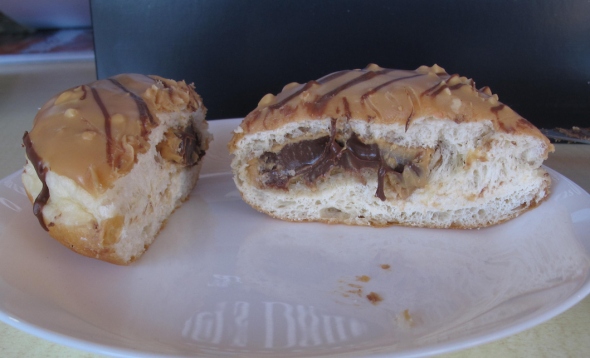 We do indeed account for three of our six – peanut butter Nutella, salted caramel and choc orange.

And I, for one, am very full at that point in what is an usual non-savoury, non-spicy lunch for us.

I had half expected the Daniel’s range would involve plain donuts with different frostings/icings.

But, no, all our donuts not only have their own individual toppings, but also fillings to match!

But better was to come.

The next day, for a mid-morning snack-with-coffee, I gobble our lamington, jam and cream donut.

Now, I’m not going to claim that donuts are anything but at the top of their game when fresh as.

But in this case, a certain amount of day-after staleness lends my snack pronounced extra yumminess.

The chocolate/coconut frosting, in particular, has a crustiness that works in explosively fine tandem with the great gobs of real cream and jam that constitute the filling. 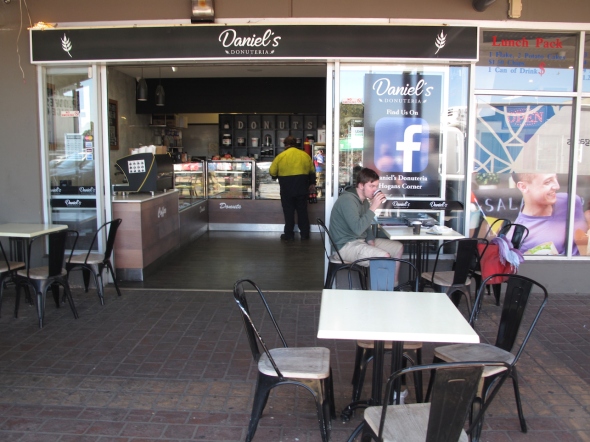