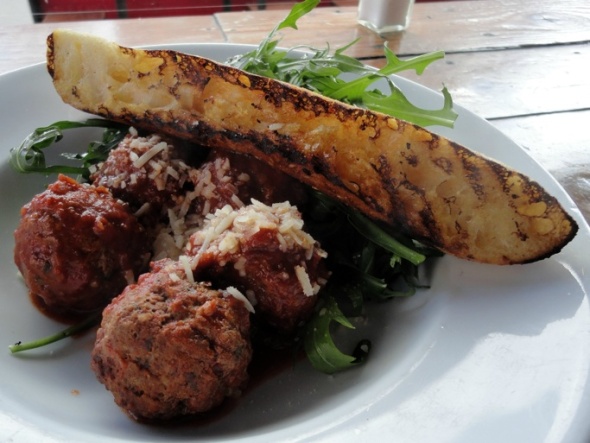 Perhaps our enjoyment of the right-in-our-backyard Yarraville village precinct would be enhanced if we didn’t pigheadedly adhere to the belief that, as we’ve (very) local, it somehow “belongs” to us all of every day of every week.

For, in truth, the busy, food-heavy streets of Anderson and Ballarat have much in common with other well-known Melbourne zones, wherein the locals are basically disenfranchised at the pointy end of the week and weekends.

For us Yarravillers, things get messy on Friday night, worse on Saturday and worse again on Sunday.

The only options, really, are stay at home, hit-and-run missions for homecooking or adventures further away in, say, St Albans or Flemington.

These mad crush dynamics apply in particular to popular places such as The Cornershop.

Yet twice this week I have enjoyed lovely day-off lunches during which there was ample elbow room and superb food served by unharried, efficient and obliging staff.

Early in the piece it was the Lebanese salad with shanklish cheese and sumac ($14.50). It was tangy and crunchy and studded with pita pieces that retained some semblance of crunch right to the last delicious mouthful.

Because of the crowd factor, The Cornershop has evolved into mainly a coffee spot for us. Yet despite the crowds, its popularity is not universal – a peculiar ambivalence on the part of significant minority is in evidence in comments about the place at both Urbanspoon and Footscray Food Blog.

Our own experiences have likewise been a little uneven, an early lowlight being told 15 minutes after ordering one of the pide sandwiches that those particular ingredients were no longer in-house; nor were those required for our second choice. Our third choice was lunch elsewhere.

That’s all easy to forget, though, when I chow down – later in the week but still with plenty of space and service – on the spiced, braised meatballs with grilled Turkish bread and parmesan ($15).

This a little ritzy and pricey by my usual lunch standards – almost on a level of fine dining! – but it’s so darn good. And worth every cent.

The half-dozen cheese-dusted meatballs are firm at the outset, tender under forkish ministrations but only very midly spiced.

The superbly fresh rocket leaves work both as salad and as a nicely soggy foil for the tangy tomato sauce.

But the real star is lengthy slice of Turkish bread, which is alive with a mindblowingly tasty aroma and flavour from being grilled. It’s softer than it looks and work just right for wiping out the last remnants of the sauce.

Yarraville? Maybe it’s all in the timing. 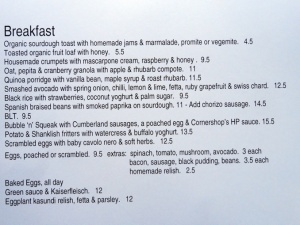 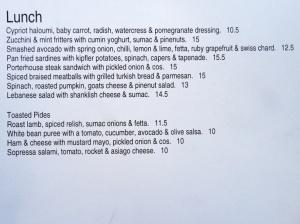