Unless you live, work or study in area, there seems precious little reason to linger – let alone stop for a while – anywhere on the Flemington end of Mt Alexander Rd.

Just a few blocks away, in the neighbourhood between Racecourse Rd and Mt Alexander Rd there are dozens of stunningly beautiful Victorian mansions and homes.

Yet this end of Mt Alexander Rd itself is far from salubrious.

There’s always a ceaseless stream of traffic, all of it busy going somewhere else.

Very, very happily a minor bingle sustained by my car the previous week necessitates a visit to the panelbeating operation just a few doors up the road, so for the first time ever I stop on this stretch of road and take the opportunity to look around.

Where I meet Leo Pace and get the rundown on a charming, fascinating and delicious slice of Melbourne food history. 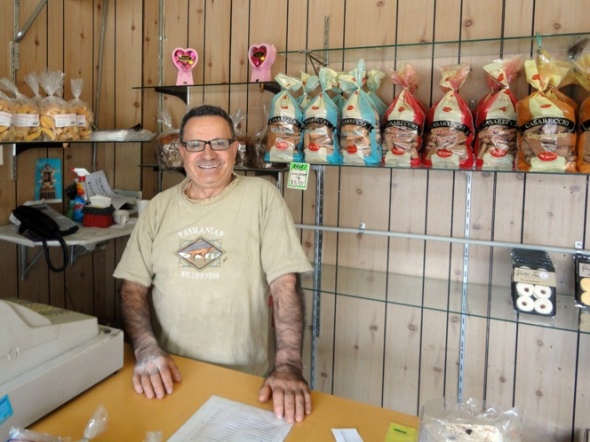 Leo has been in the baking business for 37 years and at the Mt Alexander Rd premises since 1973.

He is Sicilian-born but was living in Rome when the idea of moving to Australia first took hold in the early ’60s.

His brother, already living down under, told him there was a demand for hairdressers, so maybe that was the way for Leo to go.

Leo started training for same in Italy and continued once in Melbourne.

He regales me with a very funny story of the robust encounter between his then rudimentary English and the 50-question exam he eventually had to confront.

Even funnier is his retelling of the excruciating experience of his hands-on test working with a living, breathing model with very, extremely straight hair. He was required to put in place curls using an iron – as one did in those days.

Becoming flustered and nervous, Leo pleaded illness and permission to return the next day to complete his curling examination.

Off he went – never to return!

He followed his brother’s lead and took up the baking game and has been at it ever since.

His brother, by the way, these days runs one of the famous Lygon St geletarias.

Pace Biscuits make all sorts of Italian cookies and cakes and a few other things besides, according to the company website.

While the name doesn’t strike a chord with me, I discover on the site that the company makes the yummy almond cake that we occasionally buy from the likes of Sims. The brand recognition may not be that high, but I reckon it’s a safe bet that just about everyone in Melbourne has bought one of Leo’s products at one time or another.

As with many other such operations, the shopfront sales constitute just a small part of Leo’s turnover, with most of his trade going to independent distributors, who in turn make sure the goodies get into supermarkets, continental delis and the like all over the city and country.  He is happy to keep what he calls the “the big operators” at arm’s length.

That said, the in-house prices are terrific – $3 for a 300g bag of Vanilla Choc Coated Cookies, for instance.

I leave with a bag of them, along with a package apiece of Almond Crumble and Tutti Frutti biscotti, the latter $1.50 for 250g! 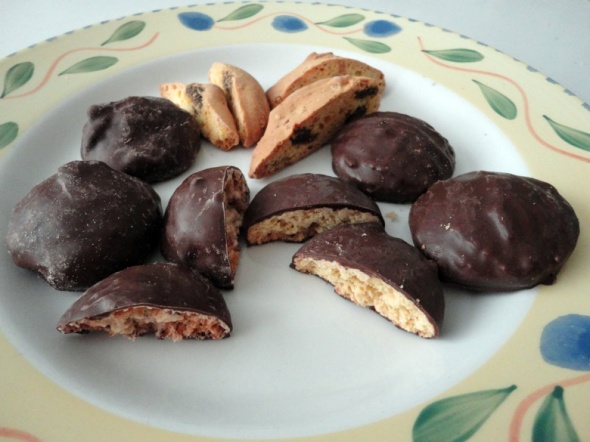 As I gleefully discover when I return home, they’re all great – with the Almond Crumble turning out to be what most of us would call a chocolate-covered macaron, in this case with a very coconutty falvour and texture.

After a quick tour of the operation, I shake Leo’s flour-dusted hand and depart in the sure knowledge that Pace Biscuits is certain to become a regular stop for us. 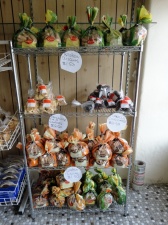 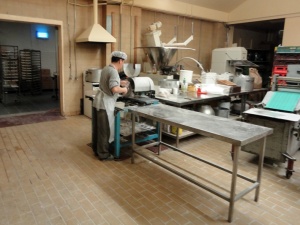 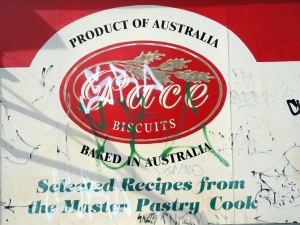