A couple of $2 snags-in-bread topped with Maggi mustard does me fine for lunch.

And none of your fancy pants kranskys, either, thank you very much.

The sausage sizzle hosted by one of our local old-school bakeries is being run on behalf of the Hyde Street Youth Band, which has been a performing unit since 1928.

The kids play some goofy, fun stuff that has echoes of New Orleans.

The barbie is manned cheerfully by Greg and Pina.

Mr Waldie himself (below) tells me it’s about the fifth year he’s had the band crew in for a birthday gig/sizzle and he really loves having them there. 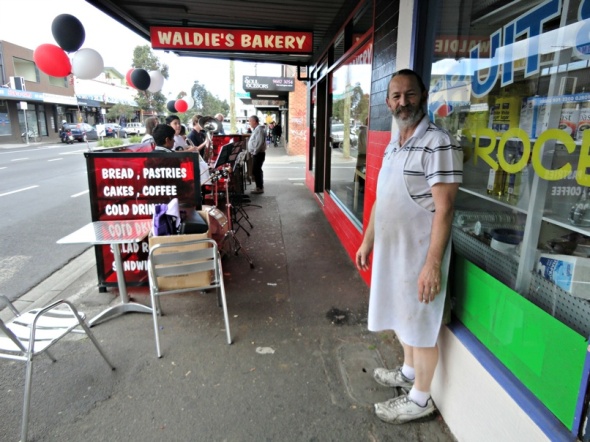