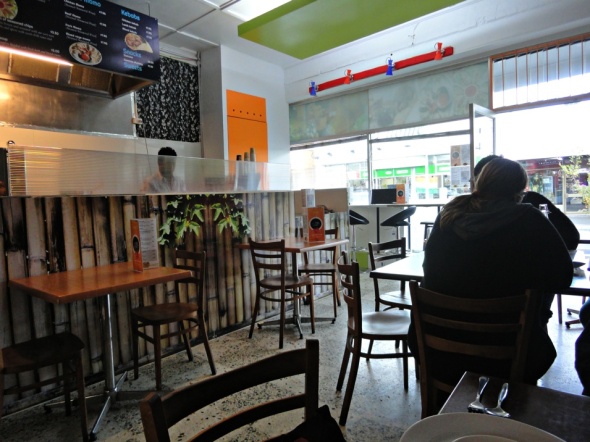 Bennie may be on the unfair side there, but Magic Momo Kafe does have an undeniable vibe of being newly minted and very recently opened.

The double doors are wide open to the world on a cold day and the three staff members in attendance are pumped with nervous energy and eager to pleaseness.

Writing about such a place at such a time in its life almost seems on the cruel side.

But what the hey – we’re only after an after-school snack.

As we’d been promised when we called in while the place was still under construction, there is a lovely looking range of luridly colured Indian sweets, along with some cakes and slices of the brought-in variety.

We know the momos are produced in-house, however, on account of the big tub of ace-looking seasoned pork mince that is being used to fill pastry casings. 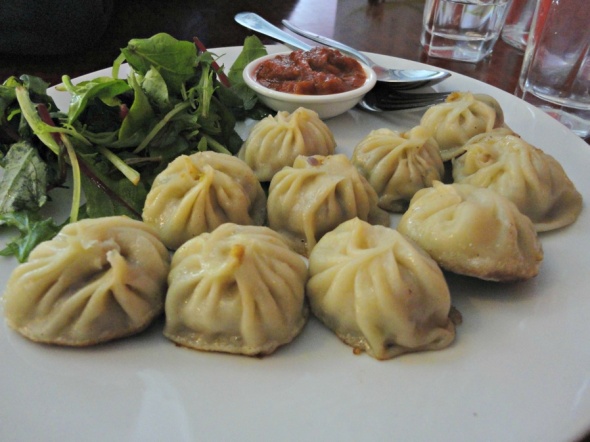 The fried is pan rather deep, with the bottoms nicely tanned and the tops chewy in just the right way.

The innards are peppery, maybe there’s some ginger in there somewhere as well, and have crunch from onion and colouring from coriander.

They go great with the medium-spicy chilli concoction served on the side.

We’re both halfway through our first momo when we immediately acknowledge the pressing need to also order a 10-piece serve of the vegetable dumplings. 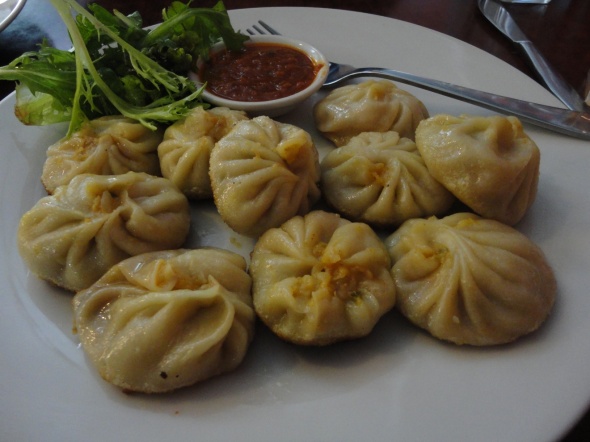 If anything these are even better. Bennie certainly thinks so.

They’re the same price and appear a little bigger, even though I’m sure the same dough cutter has been used for both varieties. As well, the dough used in this batch is a bit darker.

I’ve been expecting a filling packed with crunch and slither from cabbage, mushrooms and the like.

Instead, we get a filling that seems to be potato and carrot-based and that, as my unusually-astute-on-this-day offsider instantly observes, makes these dumplings seem a bit like soft samosas.

Mind you, there is some crunch and texture from onion and cabbage, while – like their chooky colleagues – these are also peppery and scrumptious.

Explorations of the burger, kebab, BLT, French toast, lemon pepper calamari and tomato soup variety at this intriguingly multi-focussed eatery will have to wait for another day and a more suitable occasion.

In the meantime, and based on our two fine serves of momo, we can attest that there is indeed magic in the air here. 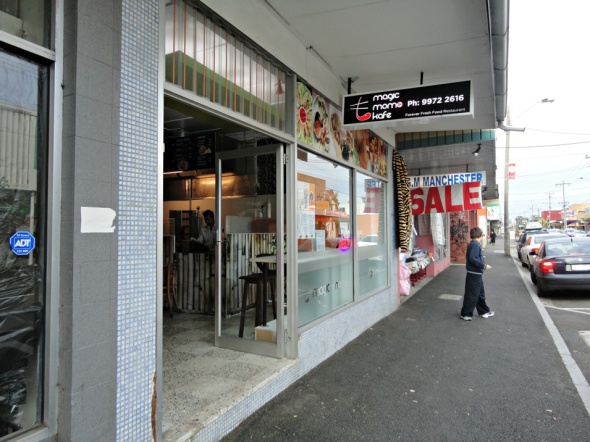