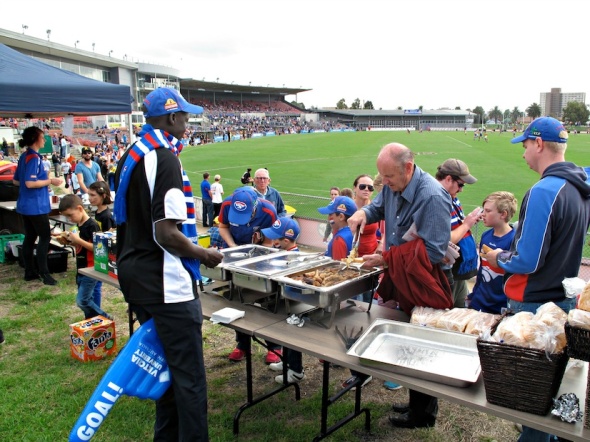 Upon moving to Melbourne about three decades ago, I was quite taken with Australian football – this strange game adored by millions but played only, or mostly, in a single country … and a single city (mostly) at that.

As I established a new life for myself, and being as I knew few people, it was not unusual for me to attend three VFL/AFL games a weekend – imagine the cost of doing that these days!

I never got serious about barracking for any particular team, but usually went for the underdogs in any given game.

All that was long enough ago that I actually made it to some of the old-school suburban grounds – in fact, IIRC, I may have actually attended the final ever seniors game at the Western Oval.

So I am really quite excited to front up for the return of Footscray – in the form of the Western Bulldogs’ stand-alone VFL side – to the Western/Whitten Oval. 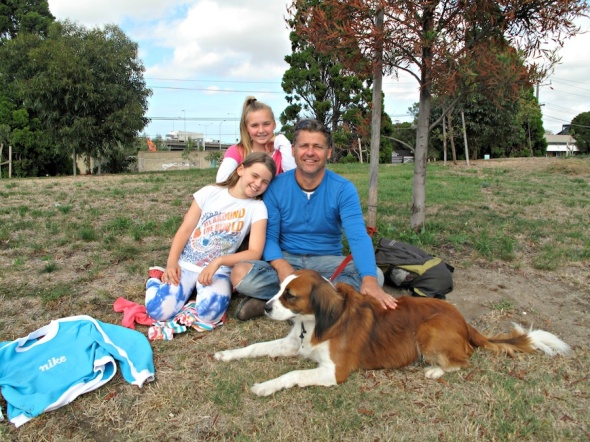 Marley and her family, Maddie, Ruby and Rory.

Even if I have reverted to other football codes in terms of my active sports interests.

I arrive in time for the start of the second quarter, end up staying to the final siren and have a ball.

There’s gratifyingly big crowd on hand, kids and families and dogs everywhere – none of whom have had to pay for their suburban footy fix.

It being after breakfast but too early for lunch, I’d envisaged grabbing a coffee from the Bulldog HQ eatery The Pound …

… but the queue nixes that idea right off.

However, I am delighted to find that among the array of eats being provided at the train-line end of the ground are Remi and his super-gorgeous Airstream Happy Camper Pizza van. 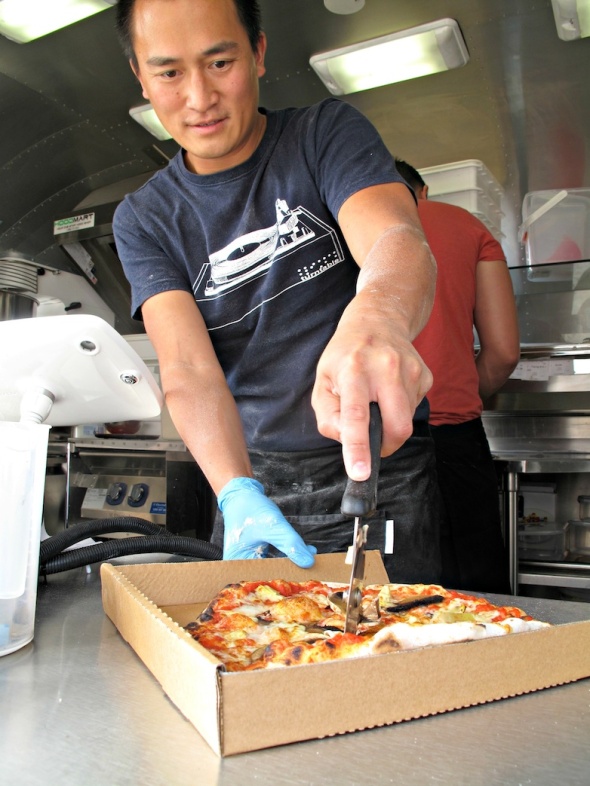 Too early for lunch? Nah, time to try a whole Happy Camper Pizza for the first time ever!

My $12 margherita is perfection in every way – hot, fresh, excellent ingredients in just the right proportions and very, very tasty!

There are old-school footy traditions going on everywhere, including kids and balls and dads on the ground at half-time and anyone with an interest taking in the three-quarter-time huddle.

I run into and enjoy the company of CTS readers and footy buffs (from left) Michael, Footy Maths Institute, Sian and The Holy Boot’s Football Emporium.

Also met but unphotographed is Dugald Jellie, whose report on the occasion can be seen here.

I understand there are about five more VFL home games for Footscray this season – it’s a CTS recommended activity!

11 thoughts on “Footscray returns to the Western Oval”