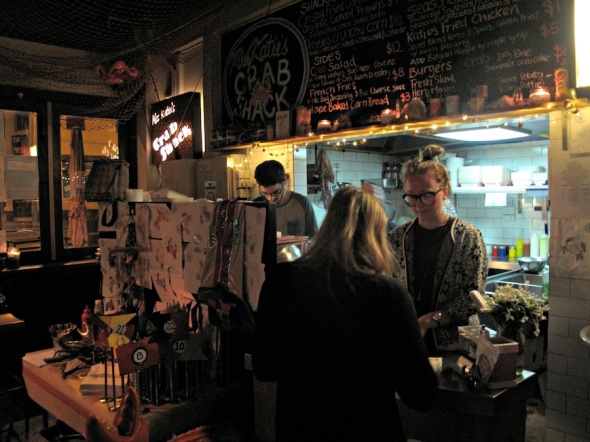 On our way to Fancy Hank’s BBQ the previous week, Bennie and I had stepped in to Miss Katie’s Crab Shack just for a look-see.

It was  a toss-up in terms of our desire for American-style tucker that night, so we kept on walking to the other.

As we did so, I remarked that the Shack’s aroma reminded me of nothing so much as a typical funky local joint in New Orleans – just that magic blend of frying food and seasonings.

So I am very happy to return with pals Nat and Rob to check the place out in more depth.

As we settle in, place our orders and relax into good company, it occurs to me that also in terms of decor, general all-round vibe and attentive, unfussy service, the Shack is like a Crescent City joint in more ways than just the smell. 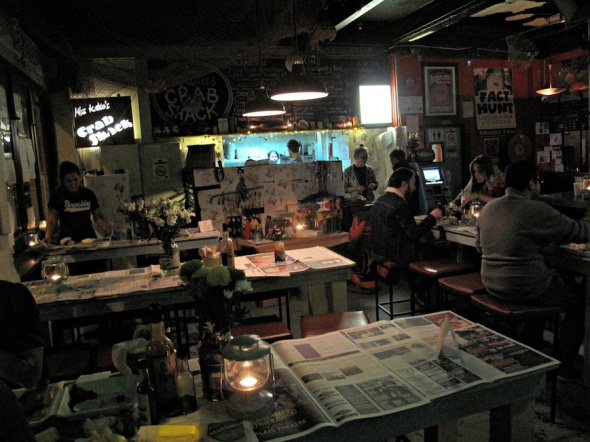 Unfortunately, it’s also utterly gloomy in a cheerful way – and a nightmare for “available light” photography. So take these CTS pics as an indication of only the very vaguest kind!

(An adjoining and more brightly-lit room is rapidly filling with a gang of retro-hipsters busily sharpening their minds up for Tuesday night trivia … Rob and I note that the questions are to be of topics on the “fun stuff” such as music, movies and TV, and ponder entering ourselves in the comp at some future date.) 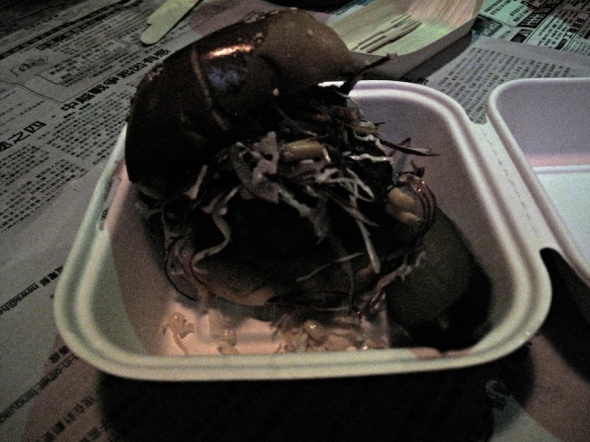 Rob likes his Chesapeake Crab Burger with blue swimmer crab cake, slaw, herb mayo and dill pickle ($15) . I don’t have a taste, but merely note that he says it reminds him of a similar set-up his mum used to produce. 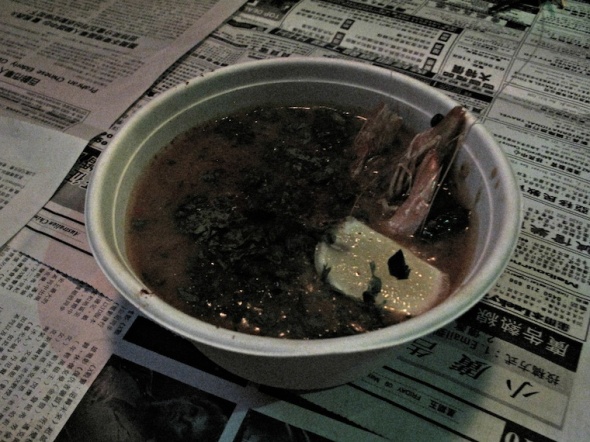 Nat’s jambalaya ($22) is a bit of a puzzle – for it is neither the rice dish of that name nor a gumbo, but something like a mixture of the two, soupy and with lots of rice and a couple of fat prawns among other bits and pieces.

He likes it. And based on the sample taste I grab, it certainly has the right, smoky and deep flavour. 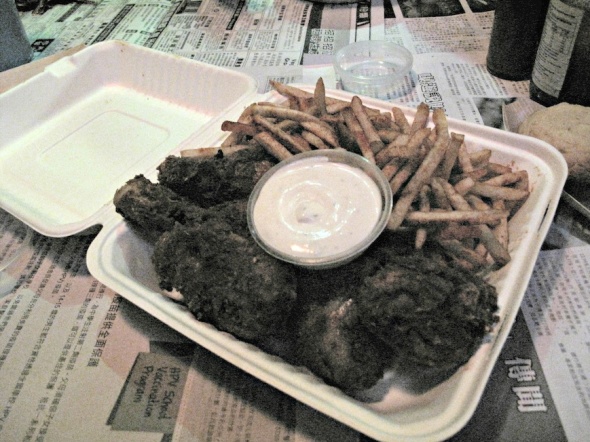 My fried chicken is definitely the big winner.

For $17, I get seven pieces, including a couple of drumsticks, meaning there is more than enough to share some with my friends.

The coating is dark and full of curiously musty, lusty flavour – I endeavour to discover the nature of the seasonings, but quickly give it up when I realise the menu describes them as a “secret blend of herbs and spices”.

I reckon I’ve heard that phrase before … but the chook meat is all good, especially lightly dabbed with the piquant house-made sauce (only one of several sitting on each table).

It’s a fine thing to order and eat beaut fried chicken that is not Korean, Japanese or franchise.

The fries ($5 with the chicken) are merely good. The menu lists them as coming with “Old Bay seasoning” but we find there’s no discernible such flavour. Still, I’m once again happy there’s more than enough for all three of us. 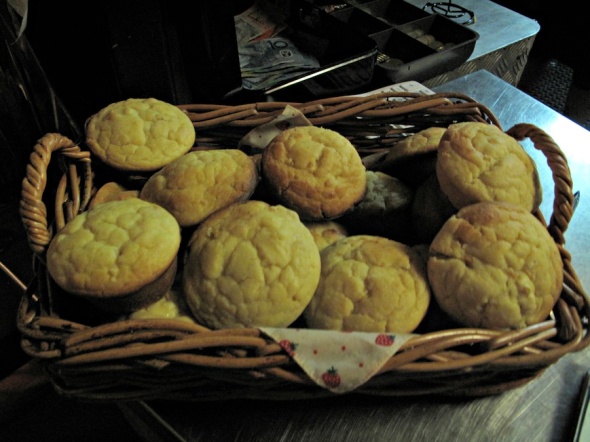 We enjoy a couple of serves of house-baked corn bread ($3), but find its presence and sweetness mostly excess to our requirements.

Like Fancy Hank’s BBQ just up the road, Miss Katie’s Crab Shack does a fine job of providing hands-on southern-style-food. If you’re particularly hongry, it’ll cost ya – but the satisfaction factor is there. 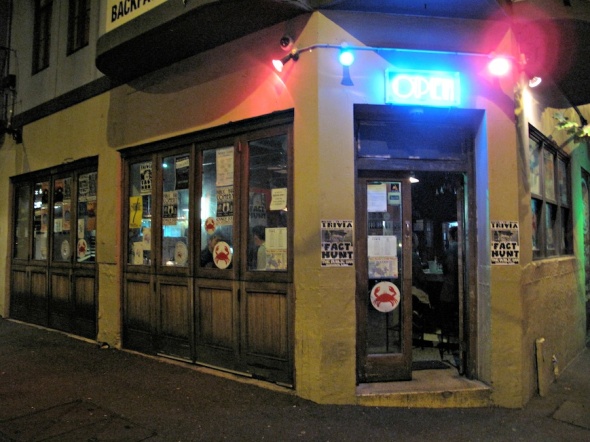 3 thoughts on “Good stuff in a gloomy shack”