The pace of change in the Yarraville village in the past decade or so is likely to seem somewhat sedate when various properties take on new guises in coming months.

By talking to many Yarraville business folk, I have tried to verify the following – but it all must necessarily be taken as “street talk”.

If anyone knows more or can provide more concrete details, I will be appreciative!

1. The St Georges ballroom space (above) is to become, I am told, a cafe. The proprietors have ties, allegedly, with Picklebarrel in Williamstown and Pint Of Milk in Newport. 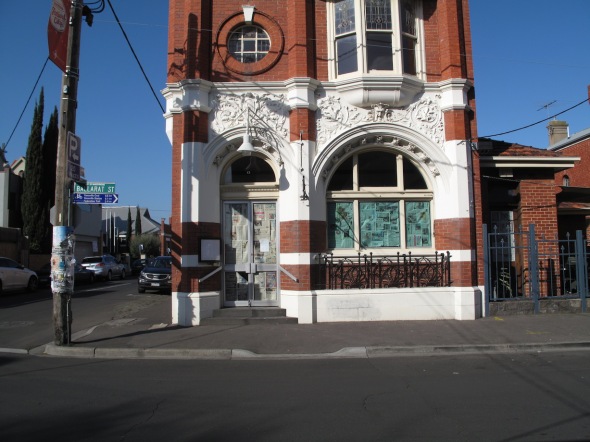 2. The Ballarat Street premises that housed the eatery called the Bank is being revamped, so I am told, as a bar that will serve some sort of Asian-fusion food.

3. The Ballarat Street shop that housed Trenta Cucina is to become, so several people informed me, a Mexican restaurant.

4. The Ballarat Street premises that formerly housed Ella Bache, opposite Feedback Cafe, is to become – so two sources informed me – some sort of “health food” cafe. 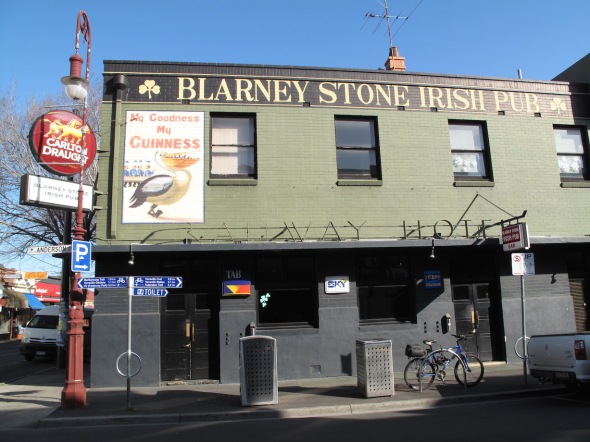 5.The Blarney Stone is in the process of being sold, with settlement due in days. Rumour has it the pub will close for about a month, with the new business going “country style”. Steak ‘n’ kidney pie and ploughman’s lunches, perhaps?

6. Not much information – or even scuttlebutt – could be had about the Anderson Street shop, next to the chemist, which was most recently home to a fingernail emporium. Two phrases I heard in conjunction with the property were “gelati” and “frozen yogurt”. 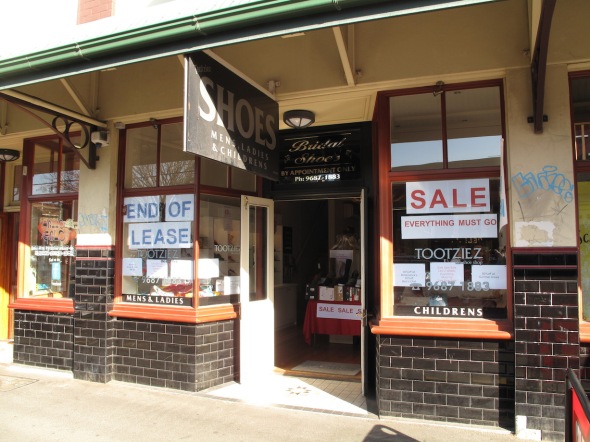 7. The Anderson Street shoe shop business has two weeks of its lease left to run. The proprietor told me she had no idea of what the incoming business will be, but another local told me she had heard it would definitely be a food business of some sort.

9. Finally – not food but … the Anderson Street panelbeater has closed after 35 years, with a fit-out underway that will see the premises home to studios for the purposes of “clinical pilates”, physiotherapy and “yoga/barra dance”.