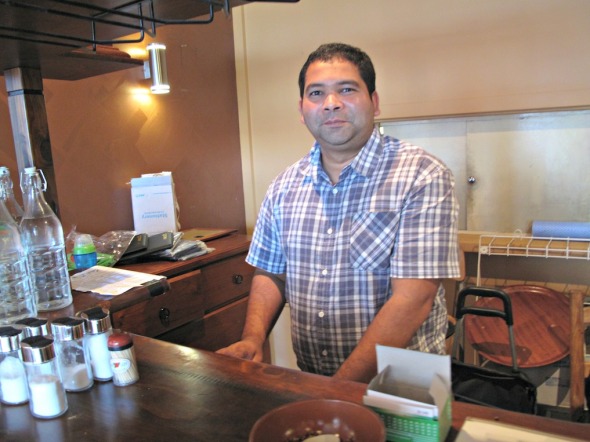 Rizq proprietor Abu maintains his restaurant is the only “authentic” Bangladeshi eatery in Australia.

I know of at least two that make claims to serving at least some Bangladeshi food but I reckon Abu is right.

I base this conclusion on the Rizq menu (see below).

There’s halim, a biryani and a “polao” – but those aside, the list is studded with dishes we’ve neither heard of nor seen before.

Of course, when you’re talking much rice and pulses and so on, what eventually arrives at our table is far from outlandishly different but still … we love the points of difference.

Rizq resides in the premises that formerly housed Indi Hots.

It’s a bare bones set-up but the our food is brought to us beautifully presented in earthenware bowls and our plates are similarly colourful and sturdy.

We love Abu’s keenness to explain the ins and outs of Bangladeshi food.

To the yogurt base are added fresh mint and coriander, salt, a little sugar and enough of some kind of chilli to cause a nice, smooth heat burn in the back of my throat. 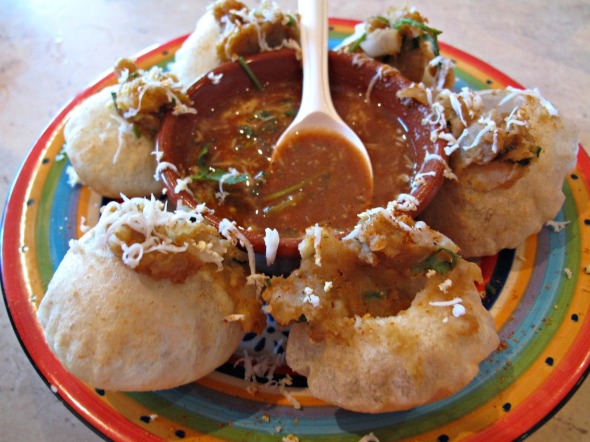 The name in this case may be fuchka ($5) but the dish is recognisably the same as pani puri or gol gappe.

The chick pea mix is a bit more of a mash than we’ve found in Indian versions but the real star here is the tangy, tamarind-based sauce. 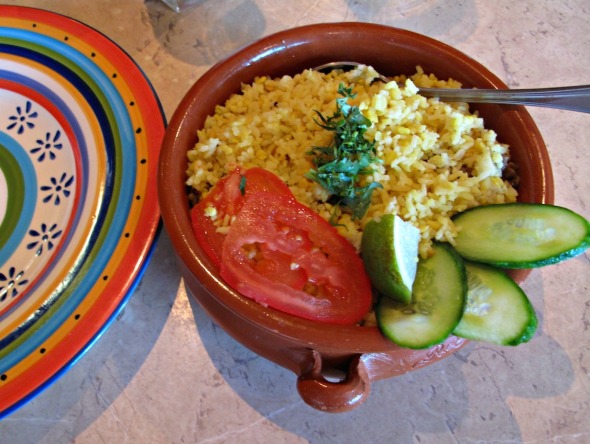 Buna khichuri ($14.50) is familiar from the similar, Indian khichdi we’ve made at home.

I love the mix of rice and lentils.

The many bits of mutton found within the rice are on the bone but the meat is sweet and comes from away easily enough.

Mazbaan mangsho ($12.50 is, as far as we can tell, a beef curry along the lines of a beef vindaoloo but without the vinegary sourness.

The bones are few and the meat is delicious.

My friends love it to pieces but this dish is a reminder to me that I’m not overly fond of mustard oil, the flavour of which is quite strong.

The two flaky parathas are excellent.

There’s no raita or gravy as per most versions served in West Footscray and elsewhere, but there are potato bits, which makes a nice change. 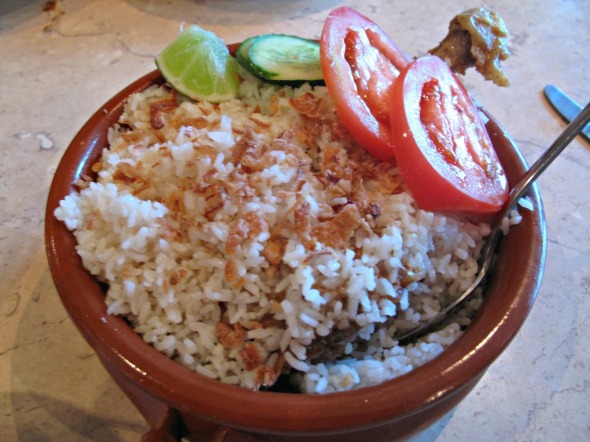 It’s quite a contrast to the biryani – the seasoning is a lot more subtle and Abu tells us the dish is finished with ghee.

That seems to be more of a flavour enhancer than anything, as the dish is far from super-rich or oily.

This dish strikes us, somewhat, as Bangladeshi version of Malaysian chicken rice!

Due to the preponderance of rice dishes on the menu, we suspect Rizq may not be a frequent regular for us.

But for a change from the Indian offerings we regularly sup on in the inner west, it does us fine.

4 thoughts on “Bangladesh in Footscray”