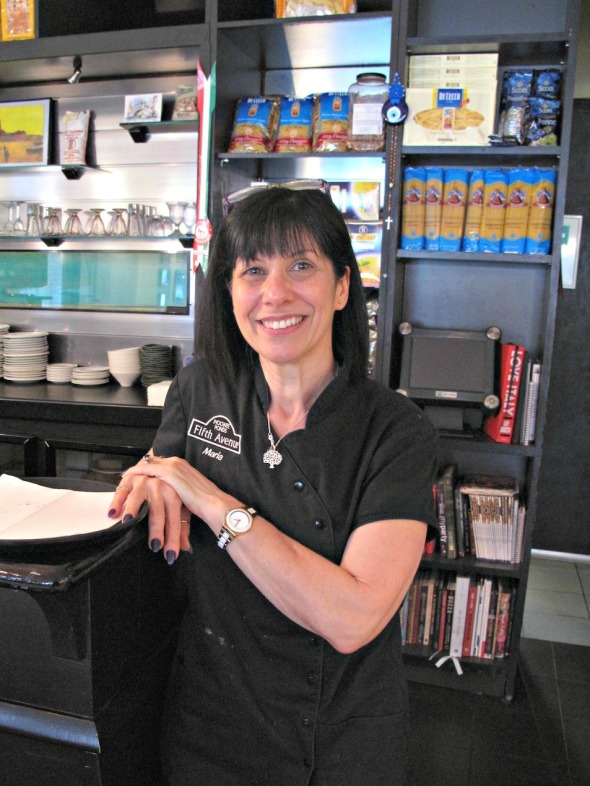 Big changes are afoot at Italian restaurant Vicolo, the Young Street venue for a memorable 2014 Consider The Sauce Feast.

Come early June, Maria will be closing the joint down for a couple of weeks for a major overhaul – this place is most definitely going to look very different.

Some time at the end of June, she will be reopening as Harry’s Bar, named after the Venice institution of the same.

And she will, of course, be serving that famous bar’s signature drink, the bellini (Prosecco sparkling wine and peach nectar).

Maria will retain some of the current and longstanding food, but the famed risotto list, for instance, will be cut to the lunch offering of 10 varieties.

Coming in will be an increased emphasis on pizzas and things such as goat and porchetta roasted in a stone oven.

As well, there will be breakfast and brunch offered at weekends.

Consider The Sauce will have a great reader giveaway for the Harry’s Bar opening night party so stay tuned! 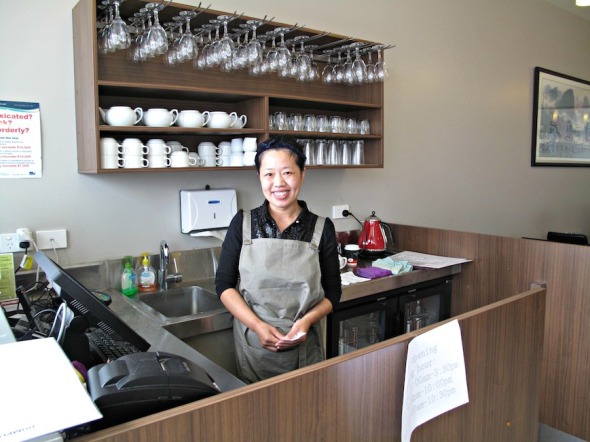 Becky and Joseph have been up and running for only four days when I visit.

The room is bare-bones cafe style but the service is grand, and Becky is very keen to get customer feedback.

They have a longer, regulation-style Chinese menu (mainly for nights) but the lunchtime gist of it is two lists – one of “with rice” dishes and another of dumplings (see menus below).

There’s not much evidence of peanuttiness but that’s OK – if the descripition had been “with chilli-infused soup”, I would’ve ordered it anyway.

As is evident from the above picture, it’s fiery – in fact, at the upper limit of my spice threshold.

The wontons are fabulous – small, lovely of texture and with a nice, hefty hit of ginger.

And I love, too, the chopped bok choi.

Often such dishes are served with whole leaves, which can be both hard to handle and bitter.

These are neither and really lovely to eat.

They’re the best “dumplings” I’ve had this year – and that’s saying quite a lot!

On the other side of Puckle Street, in Pratt Street, what was until recently a Brown’s Bakery is in the process of being transformed, according to one of the builders I quiz, into “a fancy fish and chip place”. 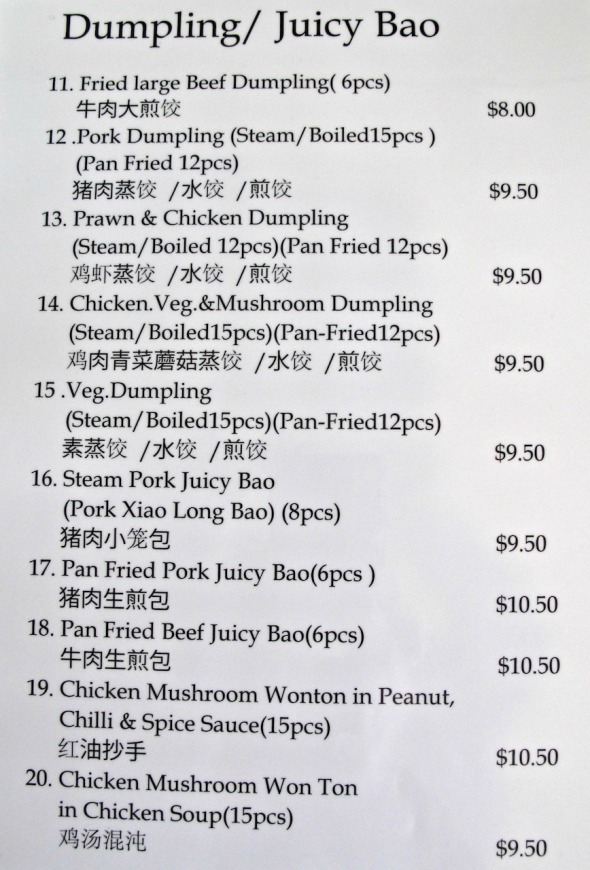 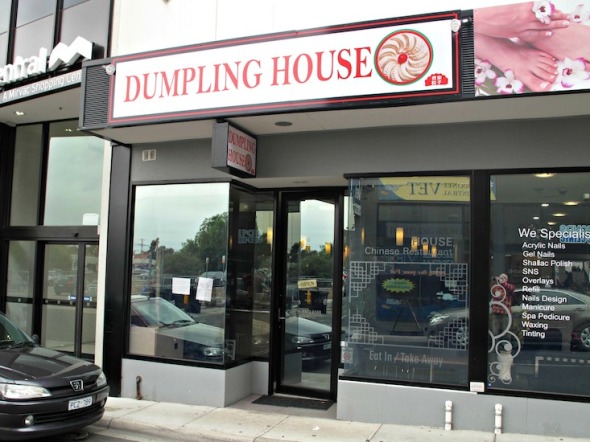