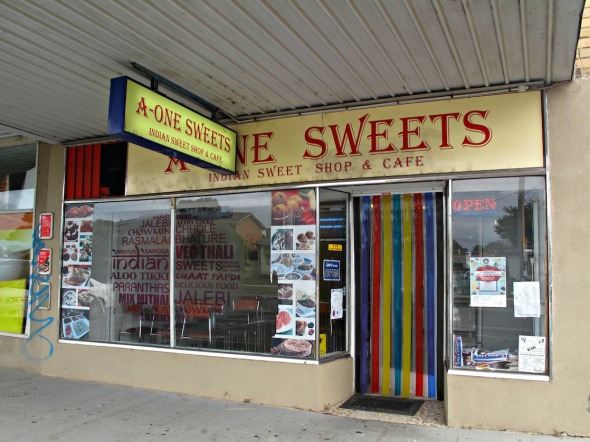 Consider The Sauce enjoyed its visit with the Urban Ma to new CBD joint Delhi Streets – the food we had was good.

But I have been bemused, but not surprised, by some subsequent reviews of the place.

More precisely, I’m bemused that the place’s publicity is being bought into to such an extent that it is being put about that Delhi Streets is doing something edgy and adventurous in “bringing Indian street food to Melbourne”.

I feel this is misleading as just about everything Delhi Streets serves has long been available across Melbourne, including West Footscray, Werribee and elsewhere.

The places that do Indian street food can sometimes be businesses of the more regulation Indian variety that have dosas, chaat and the like on their menus – but they’re also often humble shops that do little more than serve snacky Indian treats and have overwhelmingly Indian customers.

A-One Sweets is one such place. 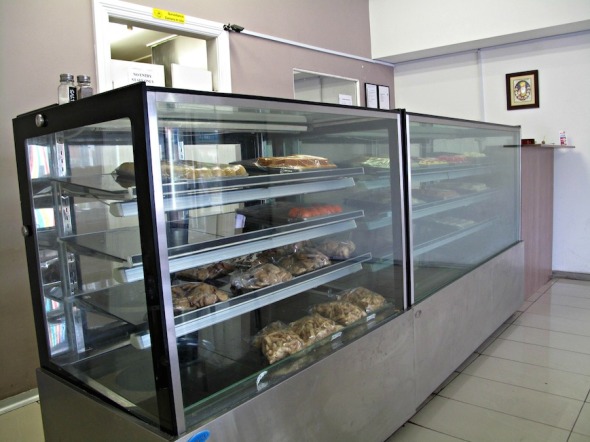 Like so many of its kind, it’s a bare-bones Indian cafe – with lots of sweets of course!

But they do a nice, simple and very cheap line of snacks such as aloo tikki and pani puri.

There’s also a vegetarian thali and paranthas stuffed with gobi, aloo or paneer and served with butter, yogurt and pickle.

I’m actually in Laverton to do some volunteer duty on the West Welcome Wagon sausage sizzle at the market at the Woods Street Arts Space.

But I know that if I turn up for tong duty on an empty stomach, I’ll end up eating about a dozen of those $2.50 suckers.

And while I’m partial to a sausage sizzle snag in white bread, I most certainly do not want to make a meal of them, so to speak.

So I venture to the Bladin Street shops a few blocks away and into A-One Sweets, which has been on my to-do list for a while.

I tell the nice man behind the counter, as I peruse the menu, that I feel like something other than chole bhature – that, indeed, I’ve had that fabulous Indian dish at many places festooned across the west.

“Ah,” he says with a big smile. “But have you had our chole bhature?” 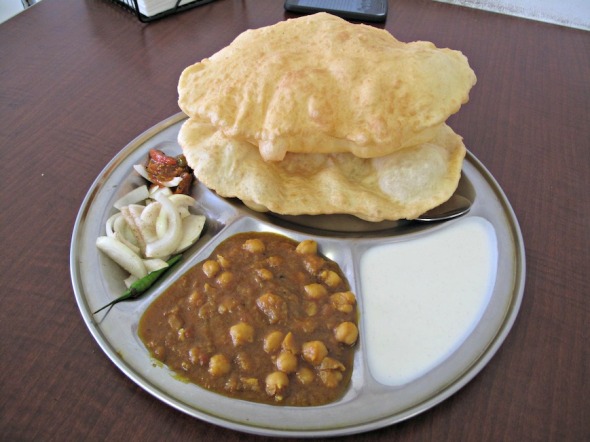 The breads are puffed up like footballs and ungreasy.

Best of all, the chick pea curry is very nice indeed.

I love it and pretty much leave my thali tray clean.

From there it’s back to Woods Street to join my fellow WWW sausage sizzle volunteers.

It’s great to meet and swap notes with some fellow westies.

We sell a heap of snags and make some good cash money for West Welcome Wagon.

Everything I am wearing, though, will be going straight into the laundry basket!

A-One Sweets is one of those gems of places away from the main drags and shopping centres that are an outright pleasure and thrill to stumble upon.