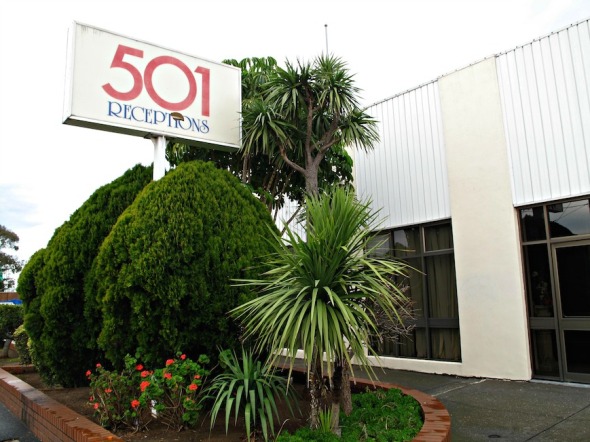 It seems unlikely at this point that the possibility of about 200 apartments going up on the site of what is currently 501 Receptions will generate the same kind of uproar that greeted the developmental threat to the Dancing Dog building.

Still, doing a story about those plans has seen me engage in a number of interesting conversations about urban living and planning.

No one I’ve talked to is opposed to development – but that support usually comes with a proviso that new buildings be of high quality and intelligently designed.

One intensely interested West Footscray local also brought into focus for me the fact that the 501 Receptions proposal is just one of many changes taking place within a very small area.

I had been at least subliminally aware of most of them, unaware of others – but taken as a whole, they certainly signal a neighbourhood in transition.

What is driving these changes?

Is the demand really there for so many apartments and townhouses – or is there always an element of guesswork in such investments?

I wonder, too, if there is a cadre of long-time landlords and property owners who have been passive investors for decades but who are suddenly feeling the inclination to cash in.

On Barkly Street – between 501 Receptions and Dosa Hut/Dosa Corner, and amid much commercial activity of various kinds – there is a surprisingly high number of residential properties.

I wonder what their future is in a time of neighbourhood flux.

Likewise, how secure is the future for the old Barkly Street churches?

Opposite 540 On Barkly stands what can accurately be called a paddock. 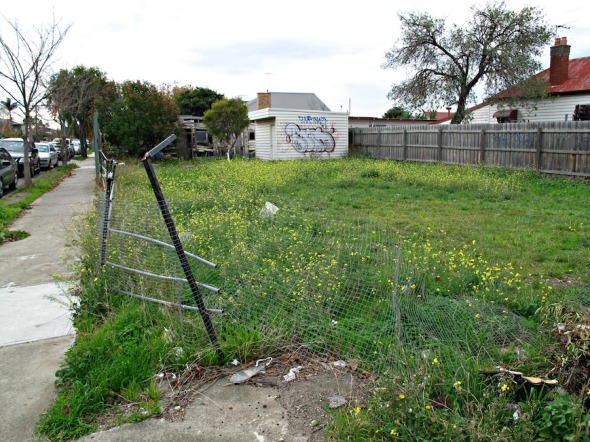 Further along, and opposite Ovest, is another vacant lot, this one not so big and without signage.

There’s another paddock on the corner of Clive and Russell streets, behind Dosa Corner.

What was once a funky ’60s-style church is now definitely earmarked for apartments, I’m told. 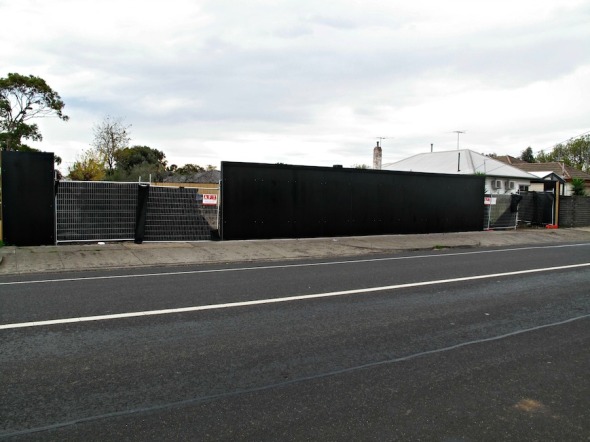 I’m told that one minute a few weeks back it was there and about 30 later it was gone, the land destined for … apartments and/or townhouses.

According to the vet clinic folks, “people who have been bringing their animals to us for years had been taking their cars there for years”.

Back in the village, the two shops between Dosa Hut and the paint shop are to become townhouses, six of the eight already sold, according to the sign. 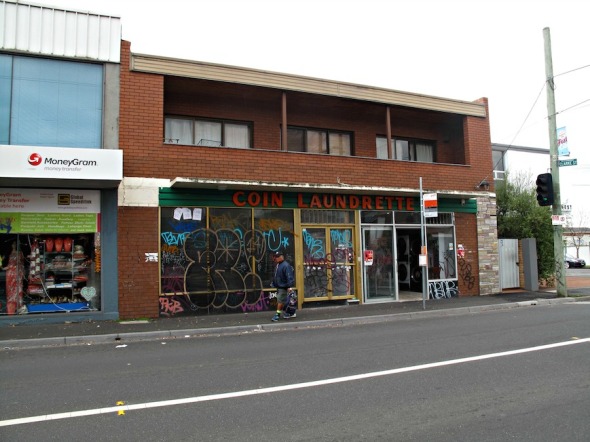 According to a post on the Barkly Village Facebook page, the defaced property next to the laundrette is all set to become an amusement parlour – “primary use seems to be for billiards and games machines”.

Also in the village, GM Manchester is adorned with “closing down” signs.

When I have a peek, they look like they’re just about ready to roll …

10 thoughts on “West Footscray and the winds of change”