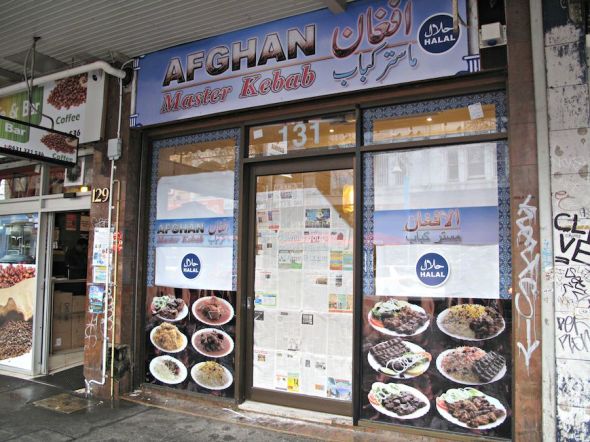 And, yes, it will run by the same people who operate the restaurant of the same name in Sunshine.

Expect an opening in about two weeks.

Around the corner on Irving Street, I was saddened to see that Saudagar appears to have closed – or, at the least, is not presently operating. 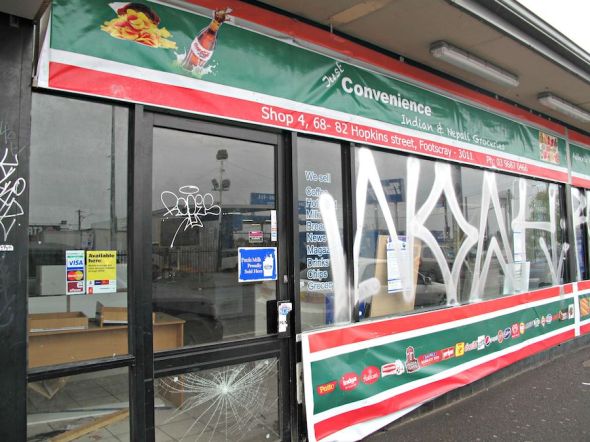 Over on Hopkins Street – on the last retail strip before a parking lot, Centrelink and Franco Cozzo – the long-established Indian grocery has also closed.

Right next door, the restaurant known as HM Quan has a real estate agent’s sign in the window that reads “Available Now” and “Fully furnished restaurant”.

Though, peering through the window, it didn’t seem the interior had started accumulating the litter and disarray that usually attends a business closing down.

Heading in the other direction and up Barkly Street, it’s with much sadness that I discover that it appears that Kebab Surra has also called it a day.

CTS pal and contributor Erika tells me there has been a sign since mid-July saying there is an illness involved but I saw no sign when I was there this afternoon and the furniture has been stacked.