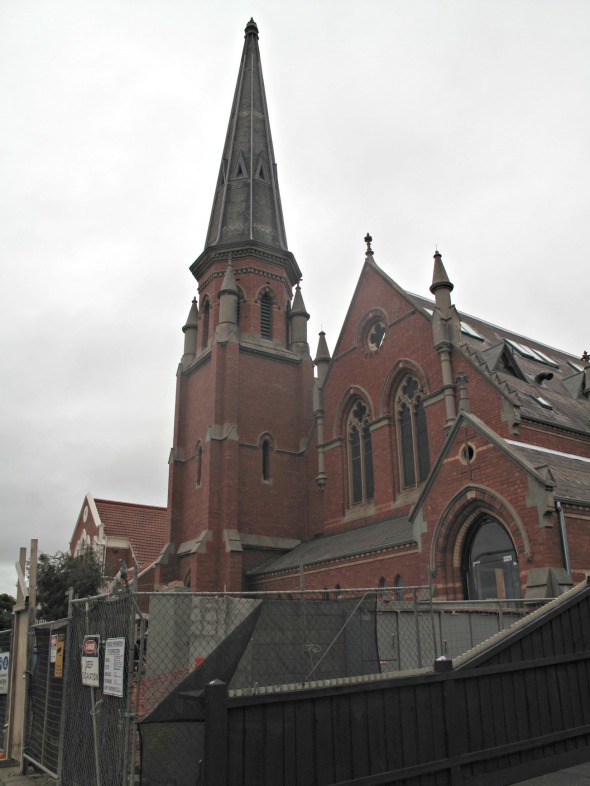 Moonee Ponds is soon to have a rather spectacular new cafe.

Dear Abbey will be located in the lovely old church at 23A Gladstone Street – across the road from the Coles/Young Street carpark.

It is being brought to us by the crew behind Little Sister in Keilor East and Hey Jude in Essendon North. 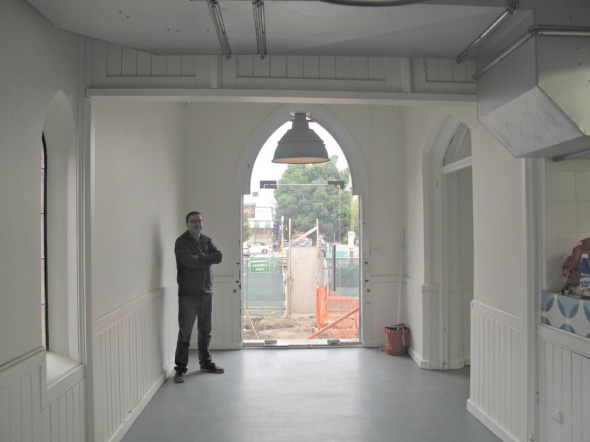 One of them, Joe Avery, obligingly walks me through the new place …

Much of the old church is taken up by apartments, with the cafe taking up roughly the front quarter, with much of that space taken up by the kitchen.

There will be a corridor of seating along the front and down one side of the cafe premises. 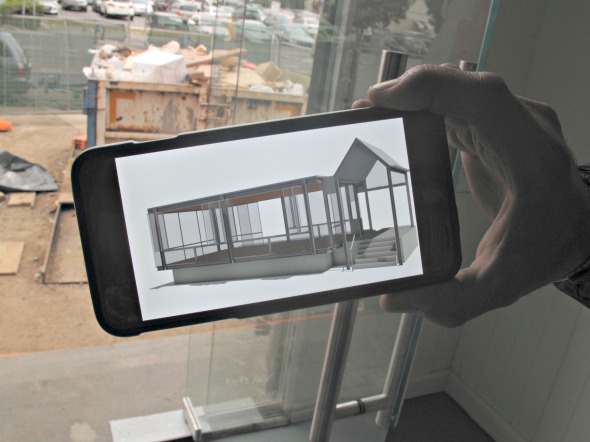 But what will set Dear Abbey apart is the glassy, classy structure – with much more seating – that will be located on the church’s forecourt. 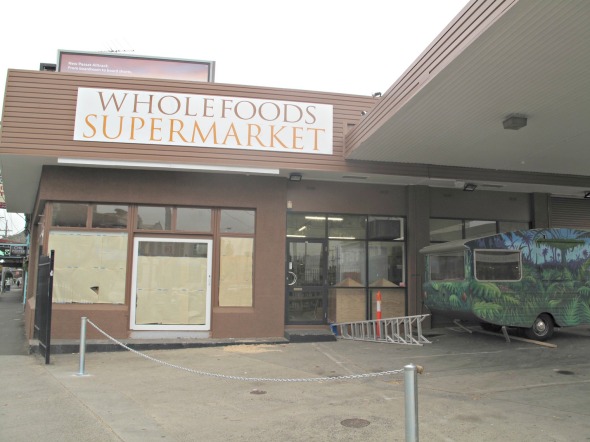 Taking shape on the V intersection of Ascot Vale and Mount Alexander roads is a wholefoods outfit.

Eat-in food and coffee will be served from the caravan outside. 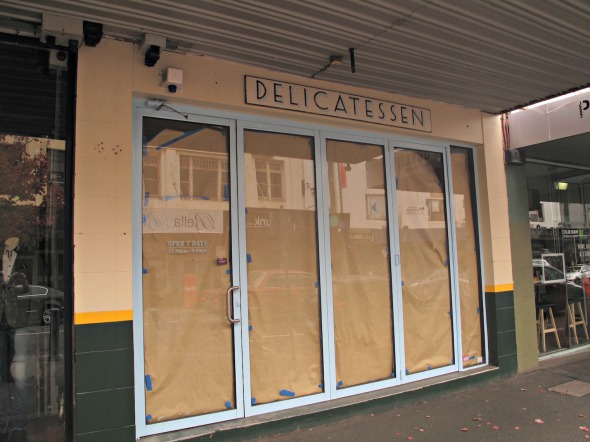 Coming soon on Puckle Street is a deli that will be in the New York tradition – think reuben sandwiches and the like.

Brought to you by Johnny the Dude Food Man. 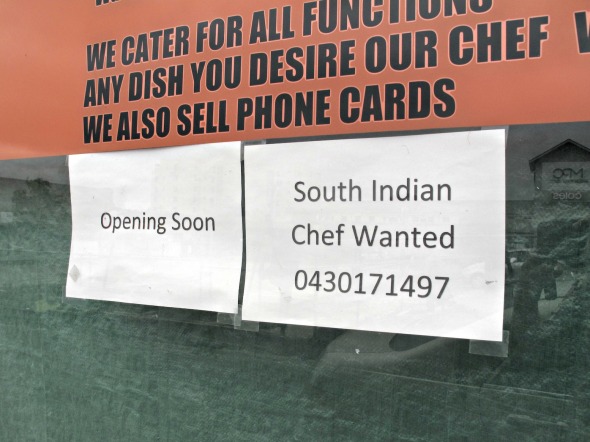 Not far from Puckle Street and down the cul de sac/alley named Aspen Street, it appears a South Indian eatery will soon live where the Sri Lankan joint Spicy Hut once did. 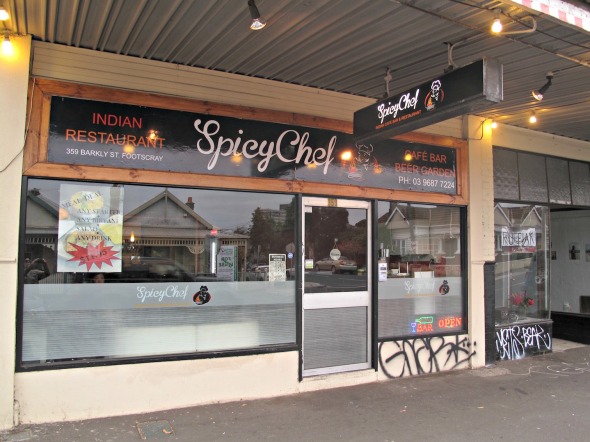 In Footscray, and on Barkly Street near Geelong Road, Vanakkam – purveyor of very fine biryanis – has become Spicy Chef. 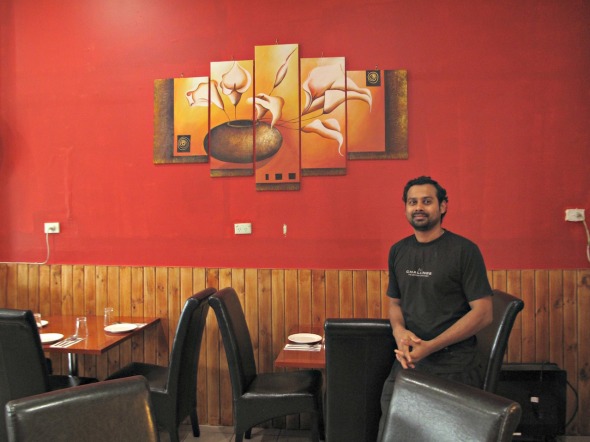 It’s the baby of Prasad, himself a former employee of Vanakkam. 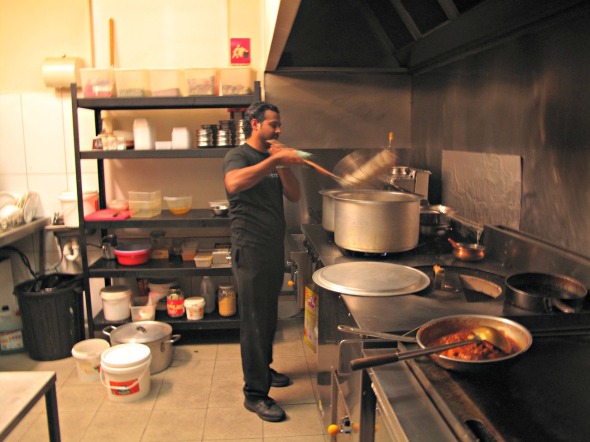 Prasad also worked in Rajdhani, the Indian joint that was open in (roughly) 2008 and ’09 in the Barkly Street premises that now houses Roti Road.

He even remembers my regular order there of onion bhaji in those pre-CTS days! 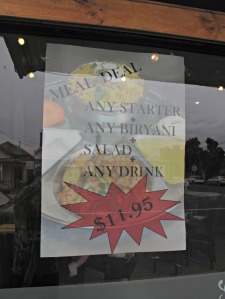 As an opening special, Prasad is offering an enticing meal deal …

The frontage at 34-36 Irving Street, which has sported at least a couple of Indian carnations in recent years, will soon be open as Station Restaurant.

I’m told the “East African” food advertised in the exterior signage will basically mean Ethiopian fare, though there are photos of rice dishes in there, too. 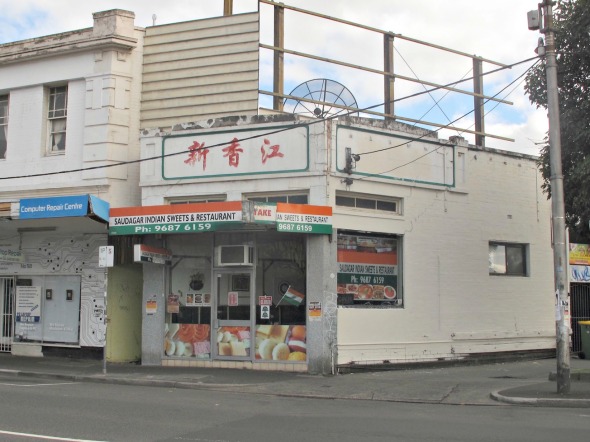 Also on Irving, Saudagar is up and running again after a fire-enforced closure. 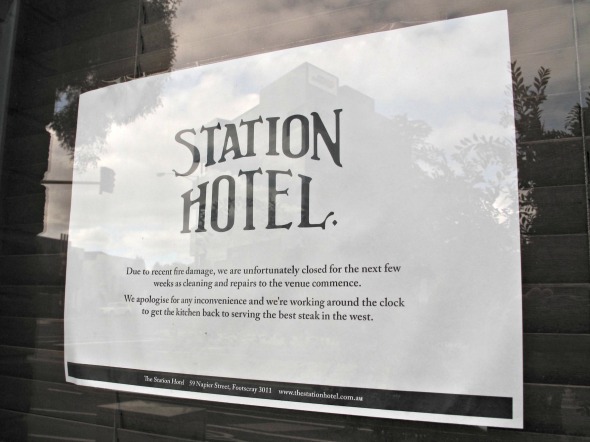 The Station Hotel, meanwhile, will be closed for a month or so as it recovers from its kitchen fire mishap. 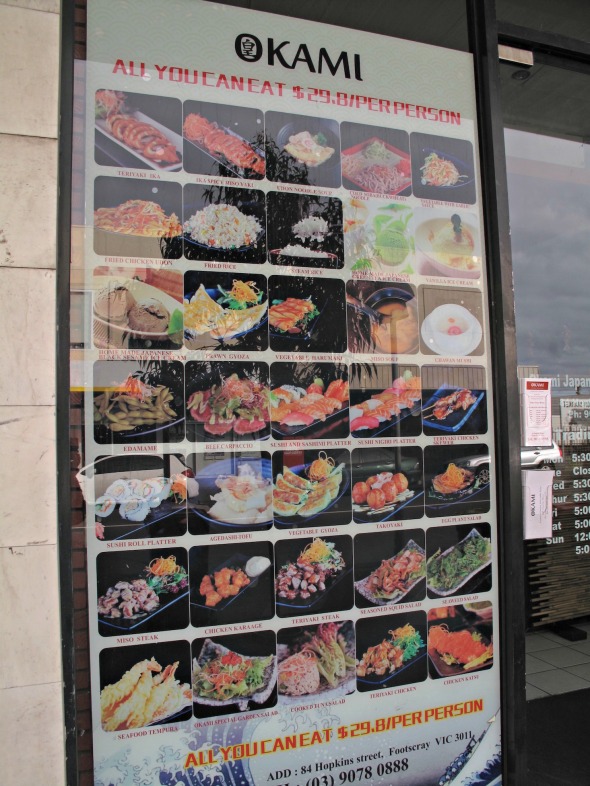 Footscray has a new Japanese eatery – at 84 Hopkins Street, where 1+1 Dumpling Noodles lived until very recently.

Okami is a sister restaurant to establishments in Hampton, Caulfield and Wantirna.

I would’ve hit it last night solo but every seat was taken!

Judging by the takeaway menu, the food is likely regulation Japanese.

Oakmi Footscray offers an “all you can eat” buffet for just under $30. 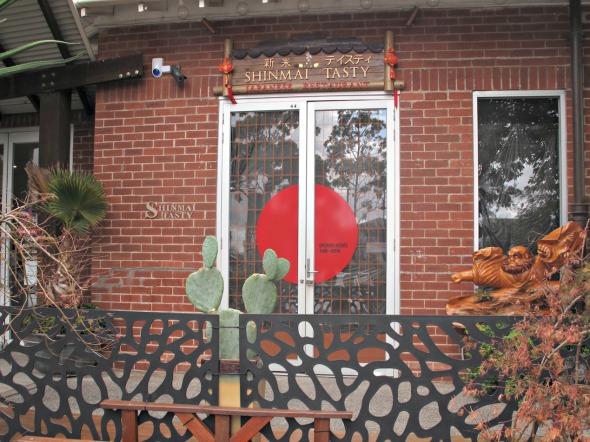 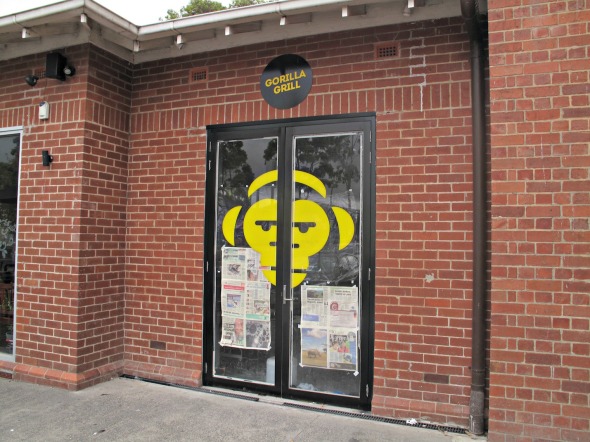 … the other being a bricks-and-mortar version of Gorilla Grill, known until now for its food truck offerings.