Could West Footscray eventually rival Footscray proper – not only in residential terms but also in terms of commercial activity and what I’ll simply call buzz?

I’ve been pondering this for a few weeks, spurred on by a couple of stories written by my Star Weekly colleague Benjamin Millar.

The first concerned the 501 Receptions site on Barkly Street.

When the news broke almost a year ago the paperwork was in on an attempt to get permission to build almost 200 apartments on the site, the general understanding was it was the reception centre owner who was going to do the developing.

Now, as Ben reports, the site is on the market.

The second story concerned the revamp that is going to happen at West Footscray station to accommodate the Melbourne Metro rail project.

And never mind that the station could hardly be more shiny or new as it is!

That, I reckon, makes the mostly vacant land at the CBD end of the station (top photograph) area very valuable, strategically and otherwise.

The land, owned by VicTrack, is home to the Western Emergency Relief Network and the fine people who sail in her.

Right across the road, the building and land that once housed a motor mechanic outfit, has a for sale sign out front.

It lists among the property’s virtues town planning permits for a “4 level complex comprising 30 apartments and 2 shops”. 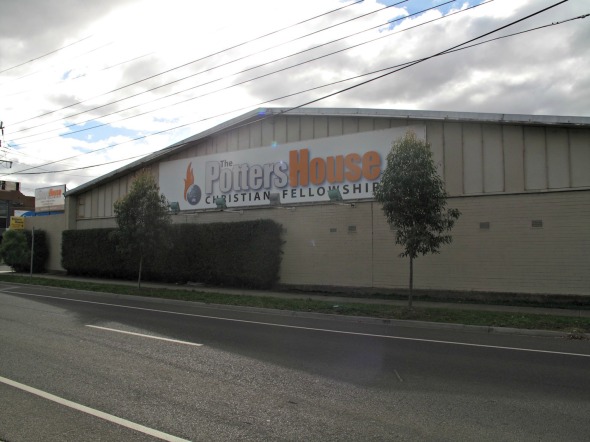 Right next door to that is Potters House church.

One whisper I’ve heard is that rezoning efforts are being made for this land.

Maybe some residential development is in the longer term future there.

But my understanding is that the church, on a site that was once a sugar factory, has a lease that has about five years to run.

Banbury Village, meanwhile, is seeming more like a regular part of the neighbourhood rather than the closed-off bubble it has seemed for several years.

This is because there are now a number of village roads fully connecting to surrounding streets such as Barkly, Cross and Warleigh. 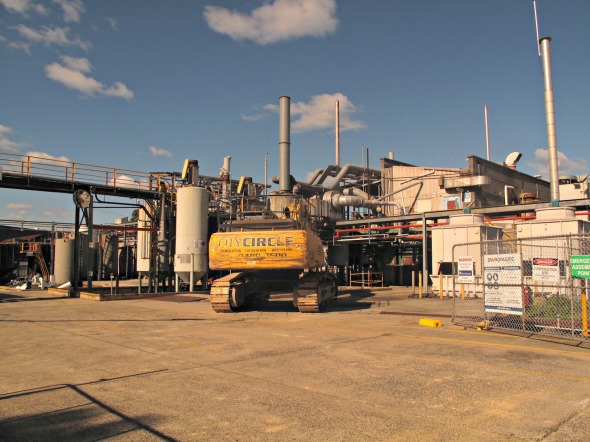 Switching our gaze to the other side of railway tracks …

I’ve been told the reason there’s a monster hardware store there is because there are toxic soil concerns for much of the land in the area, rendering it unsuitable for housing. 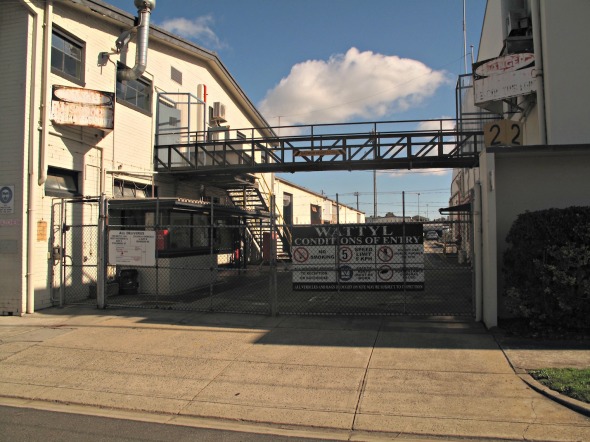 The means the area bounded by the Geelong Road, Geelong Street and Sunshine Road will presumably stay as a home to some fairly gnarly industrial undertakings – rubber, iron and paint among them.

Another whisper I’ve heard is that the council is keen on preserving the jobs capacity of the properties on Sunshine Road from the bus depot up to the wool stores.

One of the wool stores, the one that runs parallell to Roberts Street, is used for I know not what – but when I choose that route to get to work there are always many, very large trucks coming and going.

The other wool store is being used as storage depot/warehouse for Dimmey’s and the associated import/export business, Starite.

Beyond there is a surprisingly large amount of residential neighbourhoods about which it is easy to forget.

A lot of the older houses in this area – bounded by Sunshine and Paramount roads and Stony Creek – were built after World War II by a developer named Hansen, using many recycled materials because of war-time shortages.

His company name and/or motto is still emblazoned on one the Tottenham shops – the one that housed a sub-continental grocery for a few years. 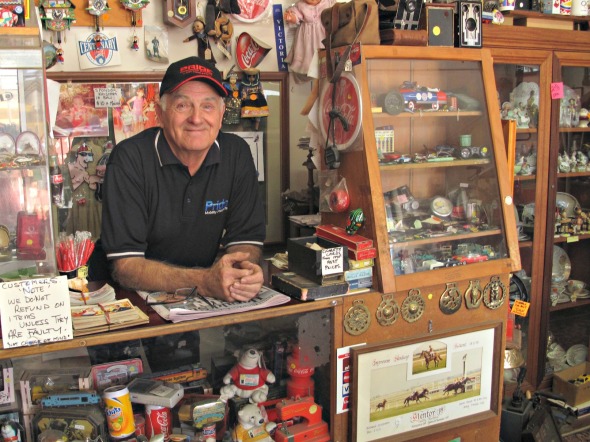 I learn the above information from Evan, who I meet when step foot – for the first time – into the Tottenham mobility scooter shop.

If I had been previously aware of these diverse enterprises, it was only very dimly.

So I am knocked out the range of old stuff Evan has in here – this is easily the most impressive antique/vintage shop I’ve seen in the western suburbs.

The antique side of the business is named after Hamilton Street in Yarraville, where Evan was located before moving to the Tottenham shops 25 years ago.

In the course of good old chinwag, Evan tells me the bottom has fallen out of the antique biz, mostly – he reckons – because of Ebay.

As well as many houses in the streets behind the Tottenham shops, there is a very big vacant lot – on Cala Street, right next to Opera Australia Props & Scenery Hire.

But perhaps there are soil issues there, too?

10 thoughts on “West Footscray and the winds of change (2)”