At first, I think it looks like it’s going to be a carparking building but find out otherwise when I make inquiries at the site office.

The bloke-in-charge tells me: “It’s going to be an airport. Domestic at first, but if that works they’ll go international …”

Here’s the actual go: Shops on the ground floor and four levels of carparking above them; no residential. 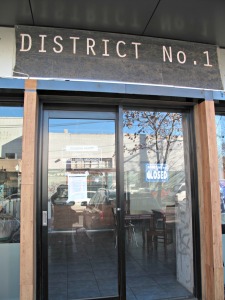 Also opposite Little Saigon, in Nicholson Street this time and in the Westville Central building, the Vietnamese joint District No.1 has a “notice of lease and re-entry” proclamation in its window. No one has any luck in this location … 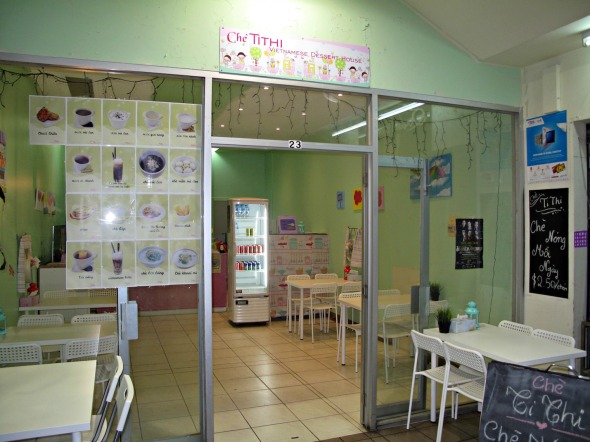 In Little Saigon itself is a newish Vietnamese “dessert house” that is also serving some savoury snack-style dishes. 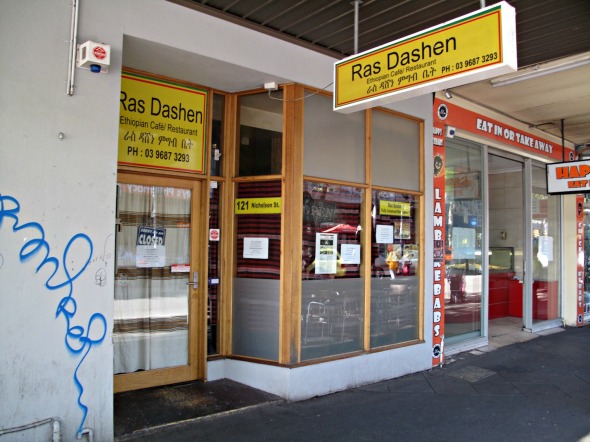 At the other end of Nicholson Street, and on the other side the mall, Ras Dashen will be closed for renovations until late July.

A few months back, it looked to be like the Korean eatery Snow Tree had closed – but the tobacconist next door assured me otherwise.

Now, though, the bare look inside, the grubby windows and the “for lease” sign tell a sadder tale.

In Barkly Street, a few doors up from Lentil As Anything, there are signs of life – blocked-out windows – at the shop formerly home to Afghan place Kebab Surra.

I’m told by a staff member at the nearby shoe shop that she’d heard it is destined to be a “Vietnamese pizza parlour”.

The Bao Bros have settled into a comfortable and popular routine at Littlefoot even as the opening date of their premises proper at Maddern Square gets closer.

In addition to their scrumptious bao, they are also offering up these unique “cheeseburger spring rolls”!

Behold! There is a new enterprise coming at …

… the cavernous restaurant premises in the Lakehouse building at Edgewater.

I wonder if it’ll have a more successful or longer time of it than the previous effort?

Kiosk by d’Asporto continues to trade through the winter months.

Bennie and I certainly pick the right time to give it a go – a chilly yet fine and windless day.

It’s a lovely scene – heaps of happy, chilled-out and rugged-up folks, almost as many dogs as seagulls and smiles all round. 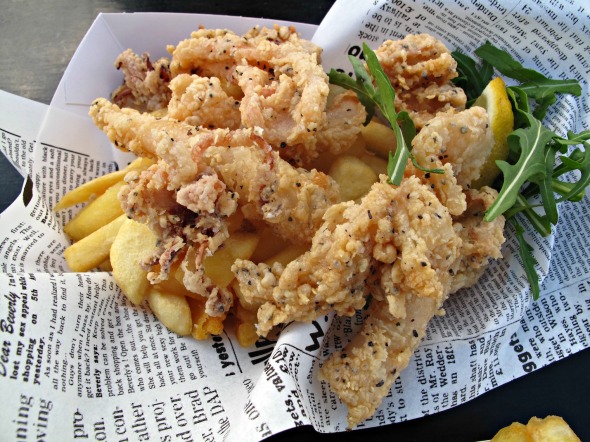 From the specials board, Bennie has the salt and pepper calamari ($13), while I opt for …

Both are excellent – and superbly priced!

Bennie asks about my pear and ricotta tart ($7) … 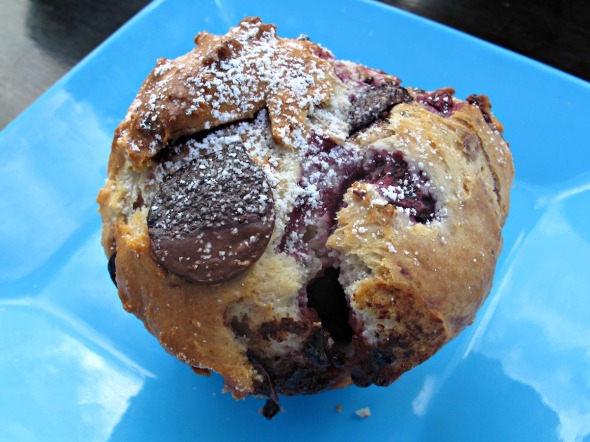 His own mixed berry and chocolate muffin ($5) is the goods, too.