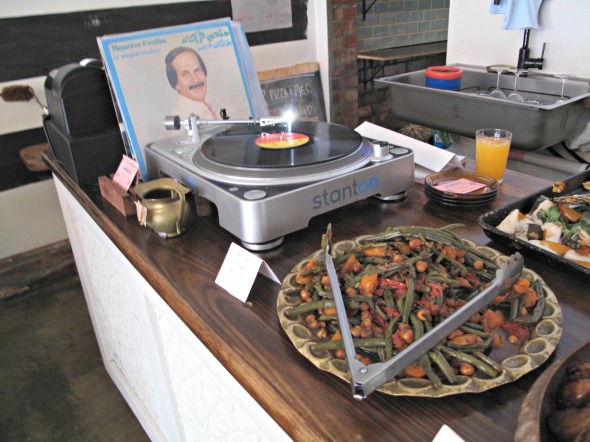 It was only after the relatively recent discovery that Mankoushe had long since evolved from a hole-in-the-wall Lebanese-style pizza/pie shop to become a real, live bona fide restaurant that I ensured I was within their social media loop.

And it is only by doing that I find out they’ve been running semi-regular vegan feasts – and that another is scheduled very soon.

A wild vegan spread of food under a Mediterranean/Middle Eastern spell sounds grand to us, especially at what sounds like a bargain price of $25 per person.

On the drive there from the west, we speculate about what a Middle Eastern vegan line-up may look like. 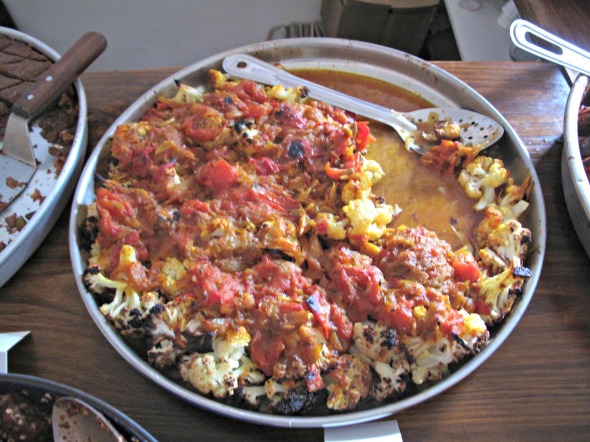 I have long believed that were I to move to a meat-free diet, then going largely or even wholly going the Middle Eastern route would be an obvious direction in which to move.

That does make it a little trickier – no yogurt or cheese, just for starters.

So … lots of nuts, seeds and grains, we surmise.

Lots of “meaty” vegetables such as eggplant, cauliflower, beetroot and potato.

And that’s how it is – with a few twists along the way.

Including a wonderful and chewy kibbeh made of various nuts.

The food is not served to us in the multi-course fashion we may have been wishing and (secretly) hoping for.

Instead, two sharing platters are brought to our table laden with goodies laid out buffet-style at the back of the dining room.

When we’re done with them, another is brought – this time with our top picks from the previous serves and with a few things we missed out on first time round.

And we could’ve gone on from there, had we had any more room to fill.

The food is as we have been expecting – both in quantity and quality.

It is very, very good.

And if it’s been buffet-style rather than the out-and-out banquet the phrase “vegan feast” tends to suggest, $25 is still a bargain.

I’d be happy to do this again anytime.

One thought on “Vegan feast”