It’s inevitable there will be comparisons between this place, just off Buckley Street, and that other new Greek street food-style gyros/souvalaki joint in Seddon.

This is no big deal, as I’m pretty sure both are going to prosper.

Truth is, there’s a welter of kebab-type meals available in the west but a for-sure dearth of Greek classics, a vacuum/niche into which both are happily tapping.

The Brother Hood crew have a couple of favourable points of difference going in their favour:

Their meat is grilled over charcoal.

They make their own pita bread.

There’s another point of difference that’s not so favourable – or at least it’s a little different.

The Brother Hood place is not a restaurant.

It’s takeaway only, though there is a wait space – that’s about as big as a bathroom in a cheap motel.

It’s there that I enjoy my first BHYG meal.

And most excellent it is.

My lamb wrap, at $11, costs a couple of bucks more than the Meat The Greek equivalent and it shows.

Everything is ace, from the house-made pita bread on up.

There’s plenty of lamb – and, best of all, it’s of the classic crusty variety.

My unadorned “patates”, or not “loaded” as the current argot goes, are very good and well priced at $4.

Or Meat The Greek?

Brother Hood Yiros + Grill is open for dinner hours only on Mondays, Thursdays, Fridays and Saturdays. 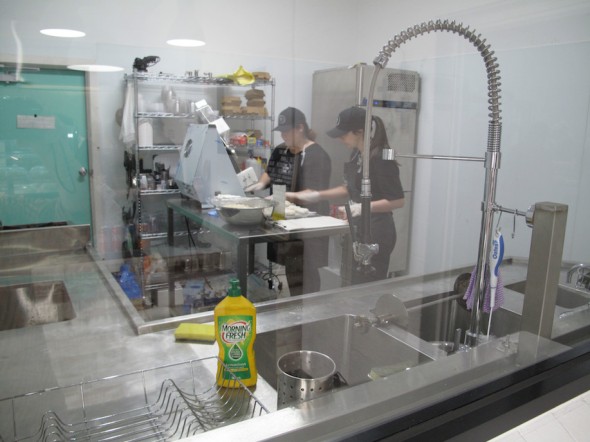