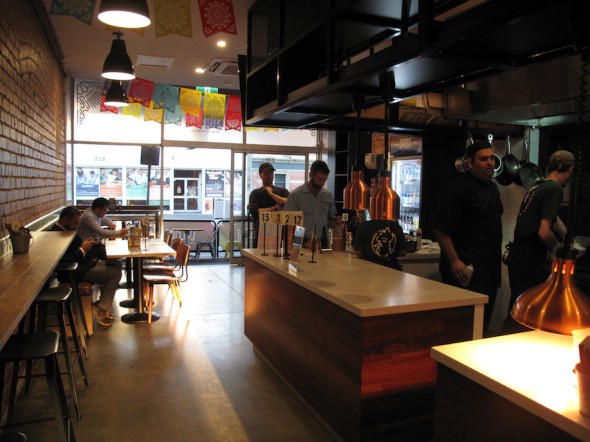 There was a definite ripple of excitement that hit the inner west as it became know that a Mexican chicken joint would stepping up to take over the premises formerly inhabited by Burger Business.

Somehow – between checking out the business’ Facebook page and website, and then talking with a few folks – I convinced myself that Los Pollos was part of a franchise deal.

It seems that is not the case, though it certainly looks the part if management care to move in that direction and move into other locations.

They make their own corn chips, but when we ask, we’re told the tortillas are brought in.

So how does it stack up – some real-deal Mexican tucker; or just another Tex-Mex place a la Guzman y Gomez?

Well, it’s definitely more Tex-Mex than La Tortilleria – and that’s fine by us. 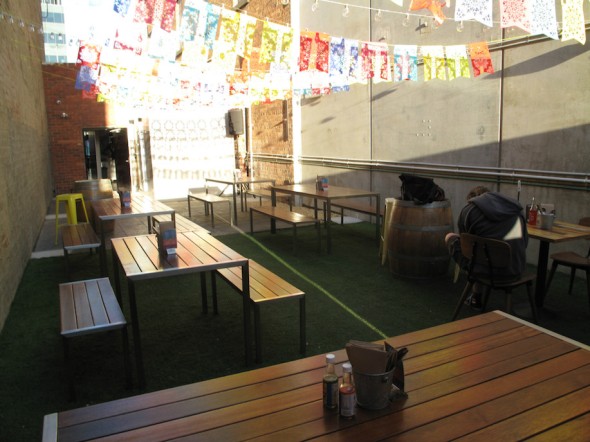 After we order, we adjourn to the lovely garden space out back. 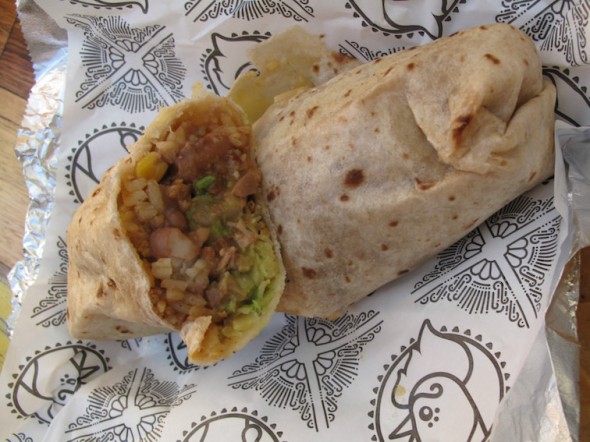 He offers his dad a taste, after which I, too, conclude this is better than similar offerings you’ll find at similar places elsewhere.

And, yes, it eats bigger than it looks.

It comes with a handful of corn chips. 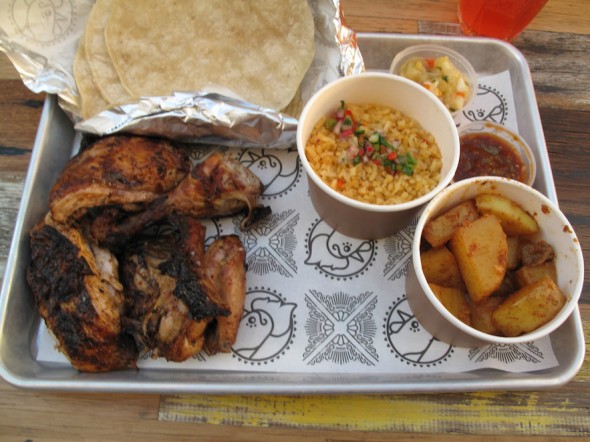 My half chicken combo with two sides, two salsas and six tortillas ($18.95) is more of a mixed bag.

I like the chicken, even if it doesn’t provide the sort of lip-smacking joy for which I have been hoping.

Bennie, after consuming a drumstick, disagrees with that modest assessment.

It’s different – not Nando’s, not your average Aussie charcoal chook.

The salsas are lovely – though having requested one medium and one hot, I find them similar in the heat/spice department.

The sides – red rice and roasted potatoes – are OK, but on the lacklustre side.

The word “roasted” led me to expect spud chunks with more crackle than has arrived.

Check out the Los Pollos website – including menu – here. 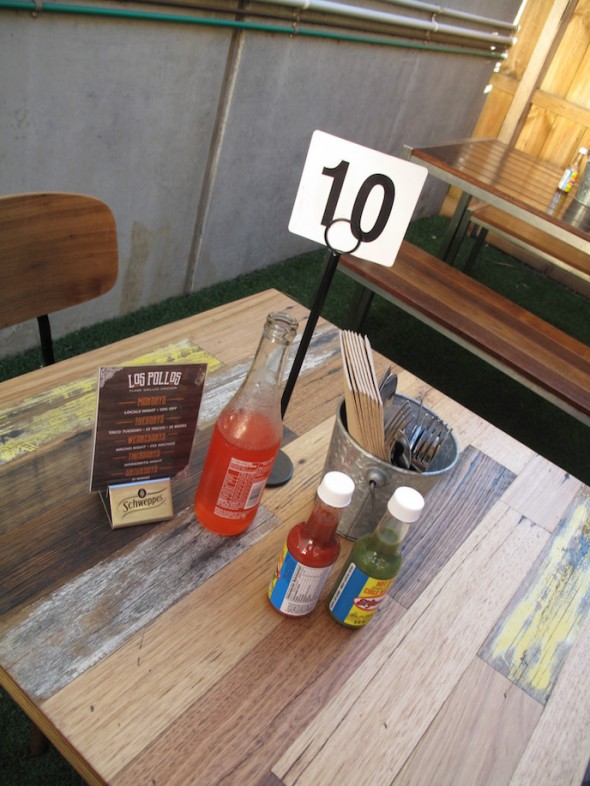 76 thoughts on “Mexican chicken for Footscray”