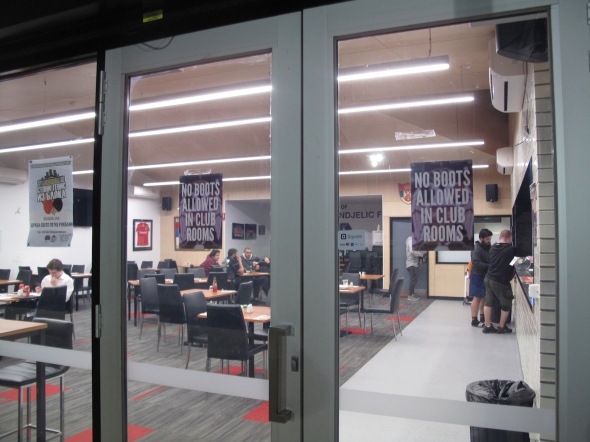 Affiliated to a soccer club.

Could anything be more western suburbs – or more perfect for a CTS adventure?

As well, and putting aside geographical and sports factors, the Balkan Grill menu (see below) is stuffed with all sorts of interesting food offerings – some of them familiar, but many with tongue-twisting names.

And the prices hit the CTS sweet spot – a few things over $20, but not many.

Balkan Grill is located in the clubrooms of Westgate Sindjelic FC and is just a few weeks old when we – myself, Bennie and Nat – pay a dinner visit.

The ambience is footy club through and through – and that’s something about which we simply don’t care.

Balkan Grill is the brainchild of Danilo Majmunovic.

He’s an experienced chef who’s cooked all over Australia.

And now he’s set up shop in Ardeer – and we reckon that’s a smart move.

It’s not like there’s a lot of competition in this rather lovely residential backwater that surely boasts as many hungry people per block as anywhere else.

And we even more reckon it’s a smart move after Danilo feeds us good.

Nat goes with the cevapi u slanini ($20) – Danilo’s cevapi wrapped in bacon and served with chopped onion on a “Sarajevo somun” roll.

Nat likes his cevapi plenty, accompanying them with a side serve of good fries ($3.50).

Again, this is superb meat and Bennie loves it.

Moreover, the cheese and ham really is top-grade stuff.

Think of this as an inside-out parmigiana – and way better than most parmas dished out across Melbourne.

Bennie, too, gets a side of chips with his meat offering – and also a side of Balkan Grill’s cabbage salad ($2).

Knowing that cabbage salad was going to grace our table, Bennie and I had discussed this issue as we drove to Ardeer.

We agreed that – forget the meat – it is cabbage salad that is the true benchmark for food such as this and establishments that serve it.

Bennie, rightly, counts himself an expert on account of frequent food gifts from his ace WeFo neighbour, Draga.

And he gives the Balkan Grill version a hefty two thumbs up – even though it is more coarsely chopped than Draga’s.

And as Nat points out, it actually looks oily, but is not – instead, it boasts a fetching vinegary tang.

I mean, this half-kilogram vegetarian’s nightmare is ridiculous; preposterous.

In fact, better to think of it as a share platter for two – and at $14 each, that’s a dead-set bargain.

The meat is served with kajmak (a sort of creamed feta), ajvar (red pepper relish) and cabbage salad.

It’s all very good, but even with nibble assistance from Nat and Bennie, I am utterly defeated – about half my mixed grill goes home with us.

That ALL our meat has been offered up to us unadorned and rather well done is no surprise to any of us three, as we all are at least somewhat familiar with this style of cooking.

But be warned – it is what it is; if you want something more lubricated and juicy, it may be better to look to the menu’s soup and salads and sarma (stuffed cabbage leaves).

As we will do when next we visit! 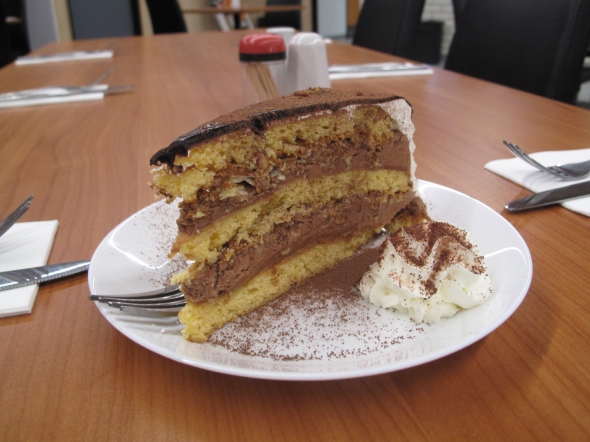 There’s a final delicious surprise in store for us at Balkan Grill.

Finding Balkan grilled fare at an Ardeer soccer club is thoroughly wonderful, of course, but that not much of a stretch by western suburbs oddball standards.

But finding all that AND that the chef also creates all his own desserts – including cakes and baklava – is superbly shocking.

Bennie nods enthusiastically during his consumption of Danilo’s Ferrero Rocher cake, allowing his father a few lusty mouthfuls along the way. 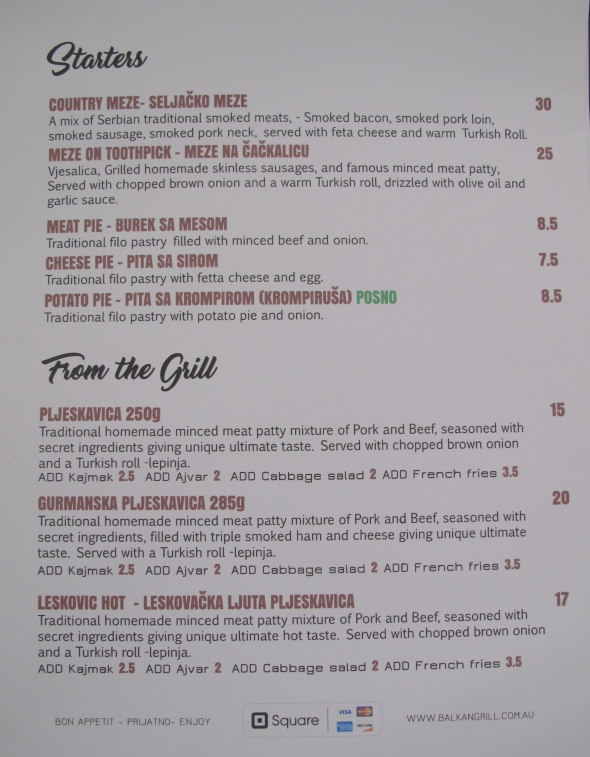 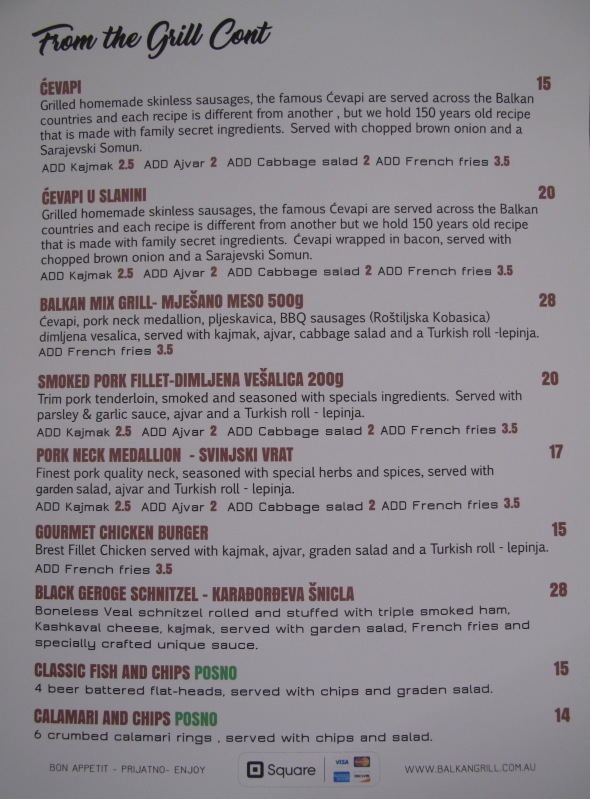