After noting the front-of-house upgrade at Gugliotta and Sons in the most recent edition of Westie eats goss, I have been invited back to observe the making of sausages.

The old joke goes that after watching sausages being made, you’ll never want to eat one again.

In this instance, that is definitely not the case.

I am impressed by the simplicity of the process and the freshness of the ingredients.

The odours are likewise fresh and clean – if odours can be clean!

I love watching Nick and his offsider, Anthony, at work as their colleagues hussle about us taking care of other meaty chores.

The business makes quite a big range of sausages, but the main task today is a big batch of your basic Italian-style pork snags.

They start with two tubs of cut-up pork, one leaner and … 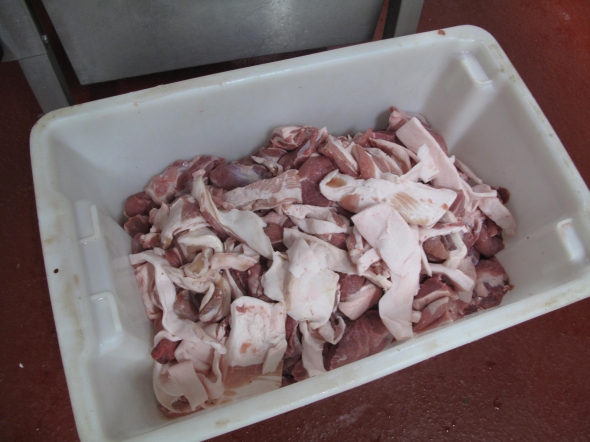 … one that includes a good deal more back fat.

As Nick says, a sausage without fat is a tasteless sausage. 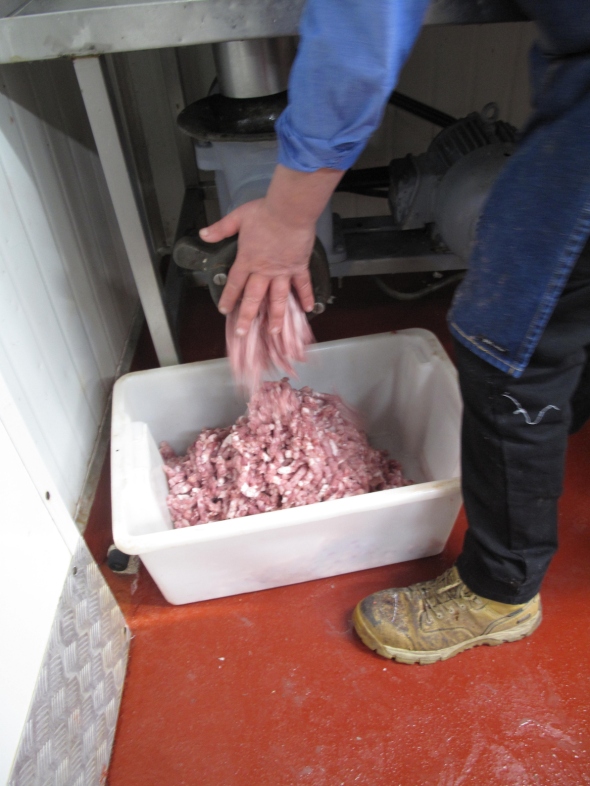 The two tubs of meat are put through the mincer.

This is one of three machines used in the sausage-making process.

The machines are all simple affairs and, really, provide quite close facsimiles for what would take place if the whole process was done by hand.

To blend and bind, the meat is then put in the mixer.

At this stage, salt, pepper, some wine and a little water are added.

Given the homespun approach taken here, you’ll be unsurprised to learn Gugliotta and Sons use natural casings.

They are delivered to the Blackshaws Road shop packed in salt.

So while the meat is being prepared, the casings are being rinsed in lemon-infused water to remove the saltiness. 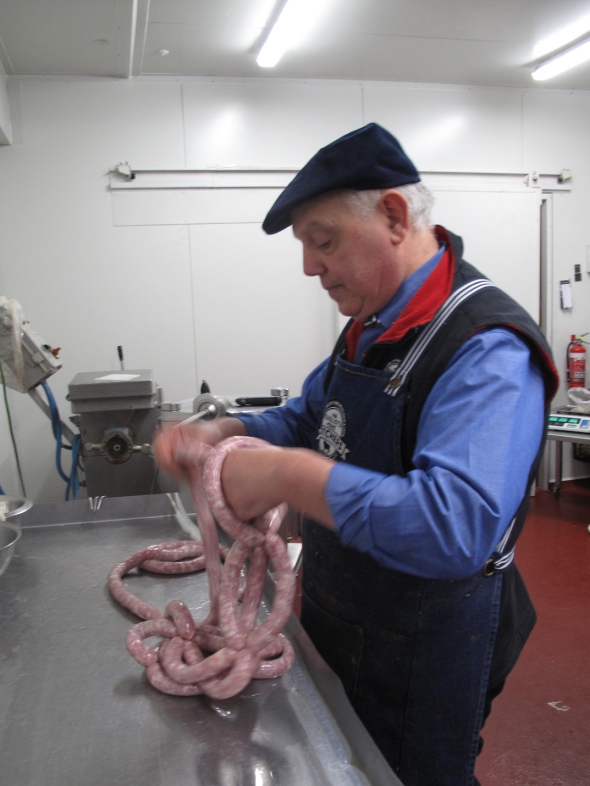 The minced-and-mixed meat is placed in an air pump and the meat forced into the casings.

With flashing dexterity, Nick ties off the long tube of sausage into near-equal lengths.

Here it is the thinner pork sausages that are being created.

Nick looks for all the world like a grandad making balloon animals for the grandkids. 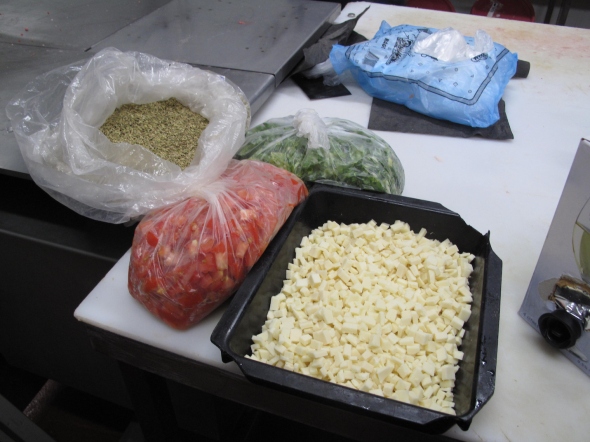 Also being made today is a smaller batch of Sicilian sausages.

The provlone, chopped fresh and canned tomatoes and endive are mixed into the same meat base.

Anthony tells me it took a while for him to fully get the knack of the tying off process, but that these days he could pretty much do it in his sleep.

Here’s Nick with a water pump/sausage filler of the kind used in an earlier era.

Thanks for inviting me, guys! 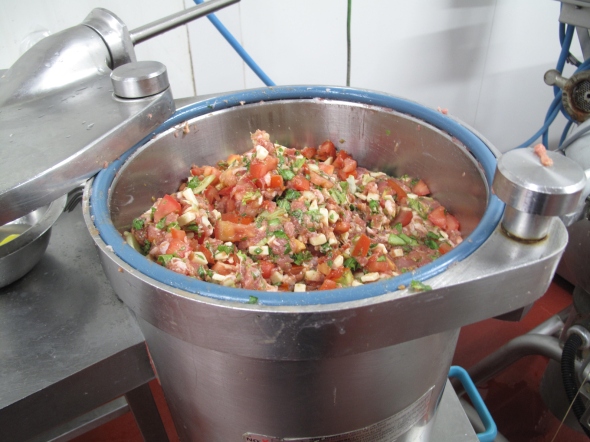