Truth is, it went some time ago and Coracle has taken a while to arise at the same location.

The place is beautifully fitted out, mostly in blacks and whites and pale wood, with the big windows letting the light pour in.

In the months leading up to its unveiling, the name alone conveyed little information about what would be the nature of the new place … so the outcome is a bit of a surprise.

Let’s call it, definitely for want of a better phrase, Asian fusion.

Sure, as you’d expect, there’s a nice, tight list of breakfast items on the menu; and there’s brunchy things such as Vietnamese-style poached salad and “Super Green Gyoza”.

Yes, $10 is a whack more than you’ll pay for banh mi in Footzcray or St Albans.

But the ones we see being inhaled around us look fabulous.

The more substantial heart of the menu, though, is the line-up of seven Coracle Bowls.

Yes, these are by way of the poke bowl trend – but Coracle’s efforts transcend just about all else we’ve tried.

On the one hand, the Coracle kitchen crew appear to with work the same basic toppings for each bowl offering, with individual tweaks as advertised.

On the other, there are super smarts at work here that kick our meals – three bowls over two visits – up and into the realms of magic.

The bento bowl ($17) is brilliant in every way.

The foundational success of every Coracle bowl very much appears to the prosaic nuttiness of the brown rice bases.

But here, the excellent toppings complete the job by sheer dint of quality and – equally important – by their deft apportioning.

Though he opines that more by way of starker flavour and texture contrast would’ve made him even happier. 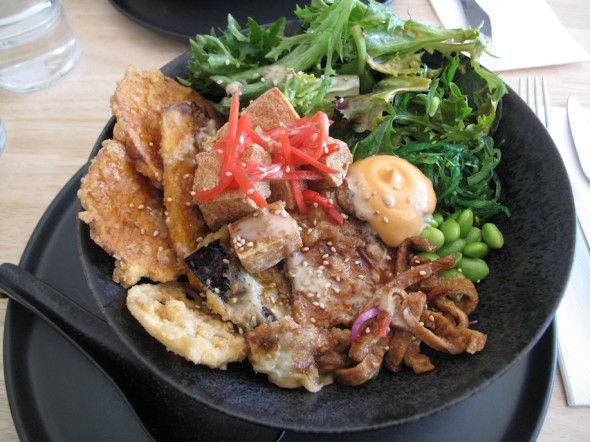 The vegan bowl ($16.50) is very good, too, though what are listed as “tempura seasonal vegetables” are quite a long way from crunchy battered.

We are having such a fine Saturday lunch time we go the whole hog with the Coracle brownies ($6).

These don’t look anything special, especially as the melted marshmallows atop are rather unsightly and add nothing at all.

But the eating of what is both moist and chewy is of immense, top-quality choc pleasure. 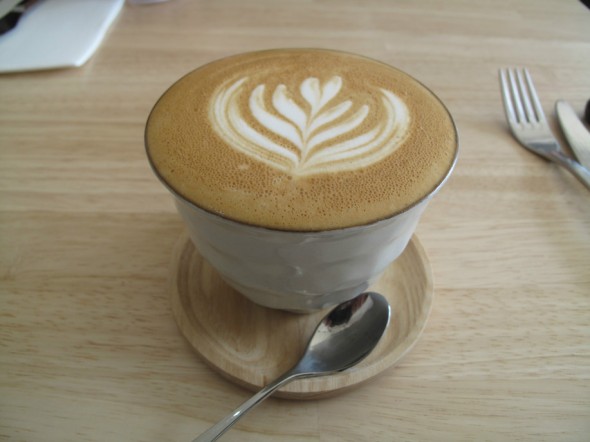 The brownies are sluiced down with very good cafe lattes ($4).

It’s early days yet, but I strongly suspect Coracle will become one of our regular local haunts.