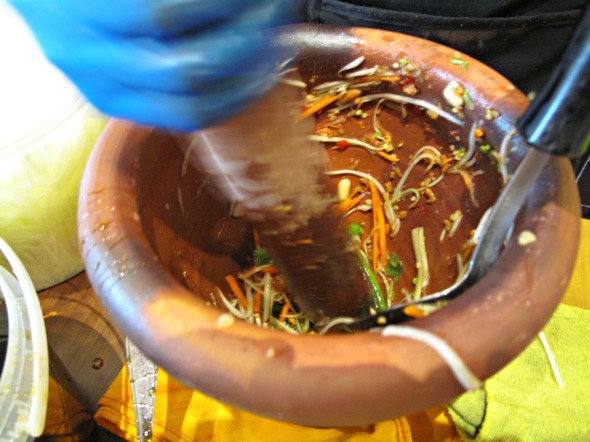 Consider The Sauce has never before set foot in Chadstone shopping centre.

I’ve often been told that it is a bit more upmarket and swish.

This – an invitation to a blogger/media/industry tasting at D’Elephant Thai restaurant – is my chance to see if that’s the case, and to make very interested observations about the food on offer.

Especially in comparison with our very own reference point, Highpoint. 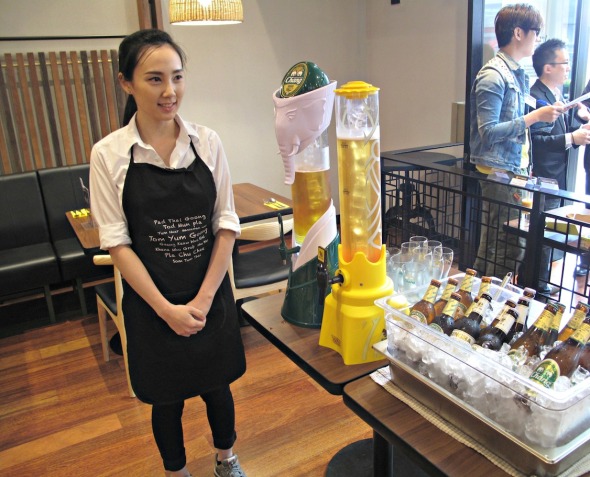 I’m aware that Chadstone is huge and that I see only a very small part of it.

Nevertheless, turning up typically early, I take in warmly regarded Malaysian and Chinese eateries, several classy-looking cafe-style outlets and a really fine grocer/greengrocer/deli – all within a few hundred metres of my destination. 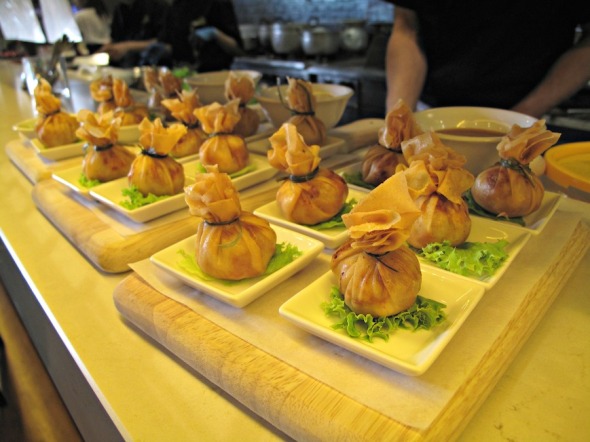 D’Elephant Thai is a relatively new establishment, the management of which is keen to gauge the reactions of a mixed bag of invitees to their food (see menu below).

The place is nicely done out in cheerful style.

The event is very well run and the staff are wonderful. 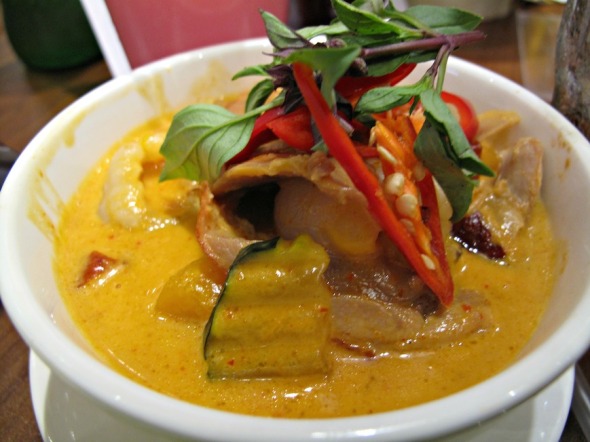 I admire the joint’s aim of providing good Thai food at affordable prices in a shopping centre context.

As my handbag for the night, Nat Stockley, points out, some of the very best and most personality-laden Thai food in Melbourne is also some of the cheapest.

But for Bennie and I, in the west, Thai food is invariably a notch or two more expensive than the other readily available multicultural choices. 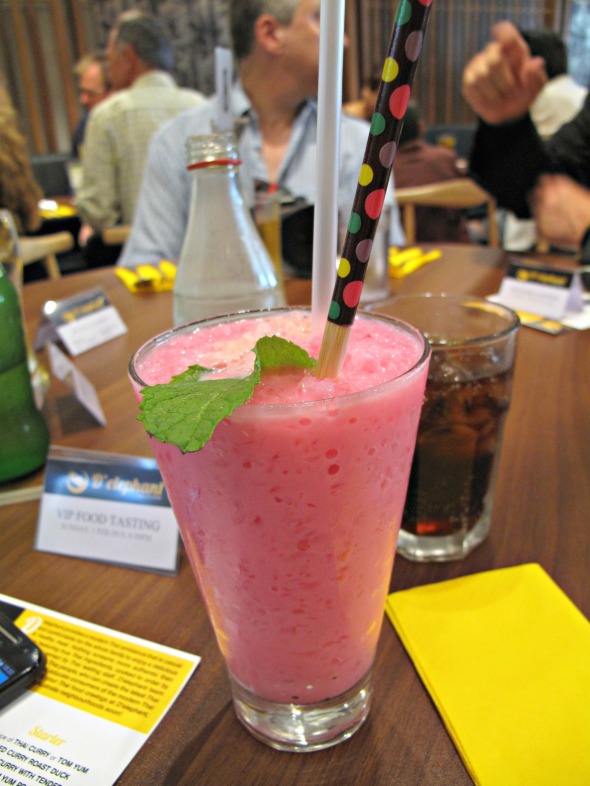 I enjoy the D’Elephant food.

On the other hand, several dishes have a good, feisty chilli whack going on – not something you’d normally expect in a shopping centre and something to be wildly applauded. 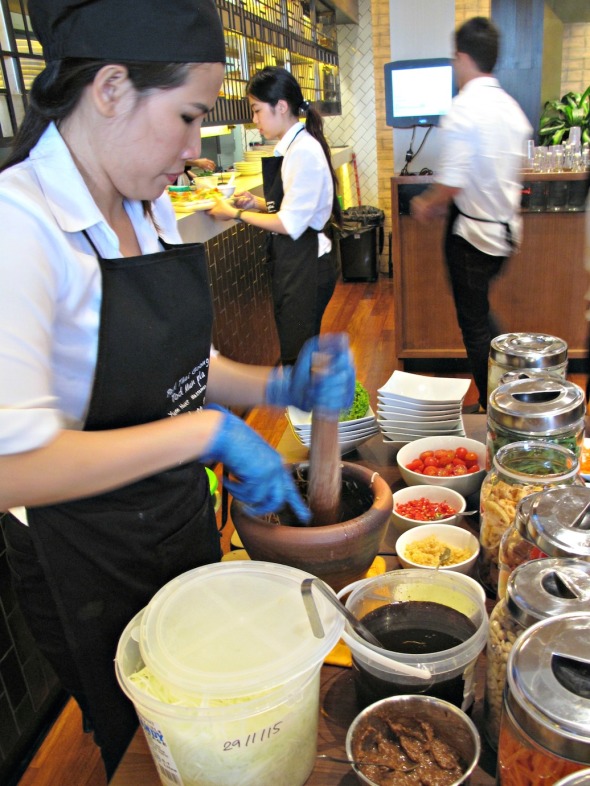 A centrepiece of the proceedings is a som tum station at which the papaya salad is being prepared from scratch for the assembled.

They should definitely think about making this a permanent fixture.

(The salad was good.)

Would we eat at D’Elephant Thai if it was at Highpoint?

(Consider The Sauce was a guest of D’Elephant Thai management and we were served food from a pre-set event menu. Editorial input into this post was neither sought nor granted.) 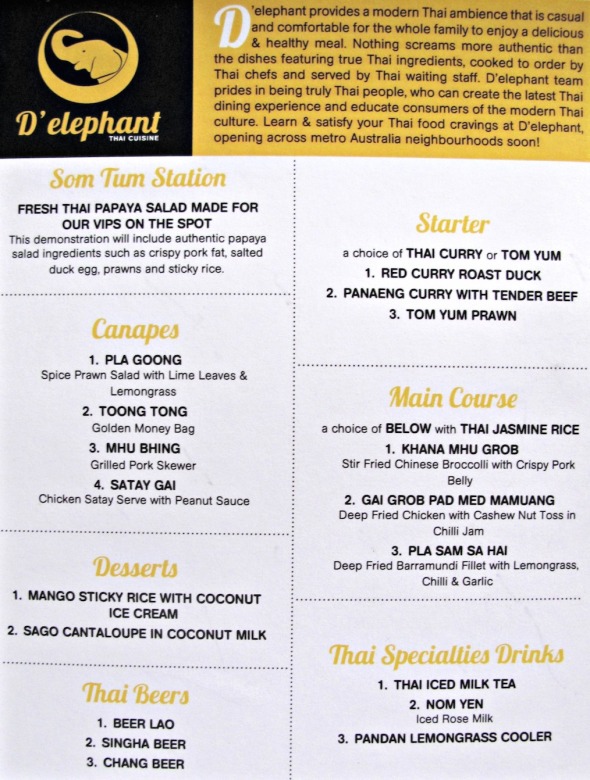 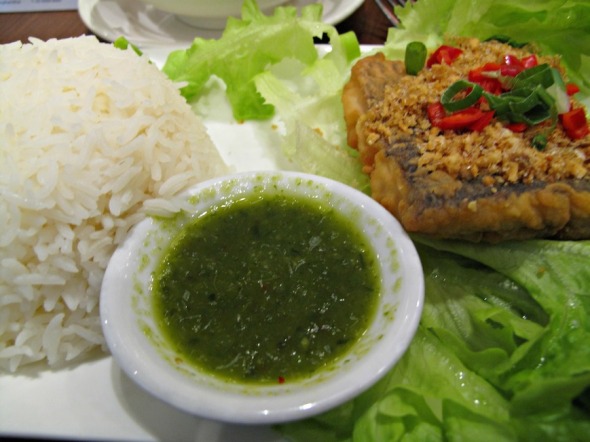 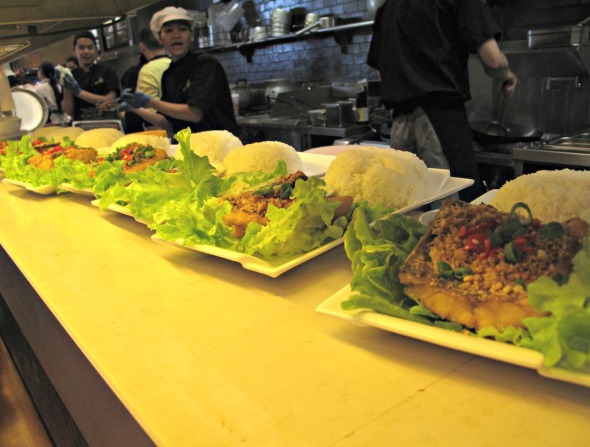 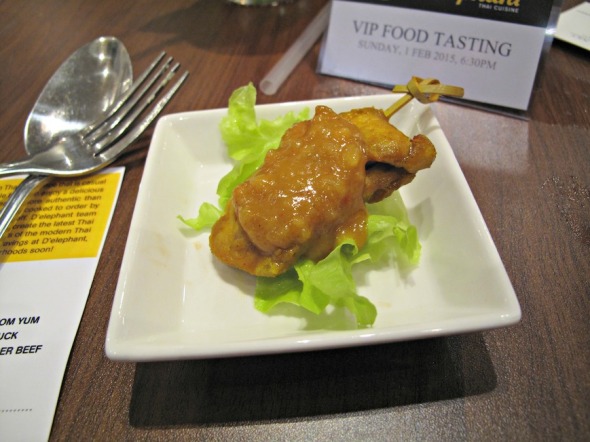 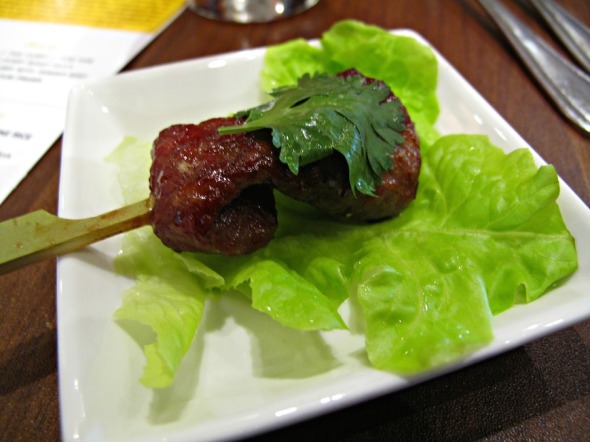 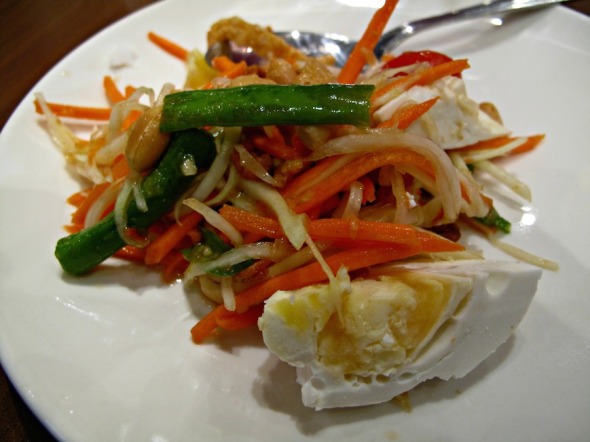 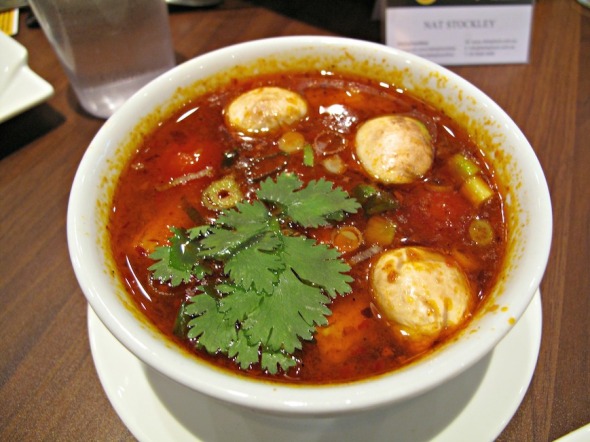 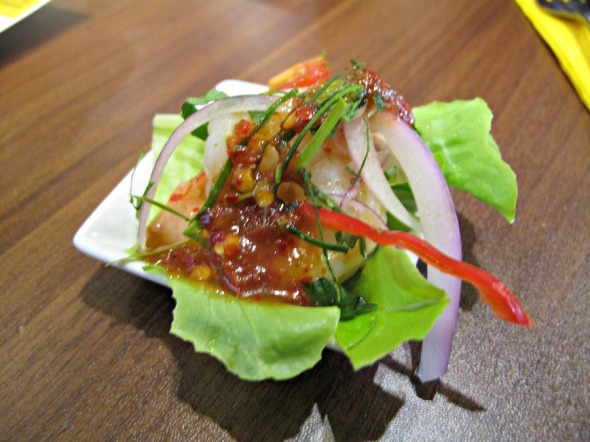 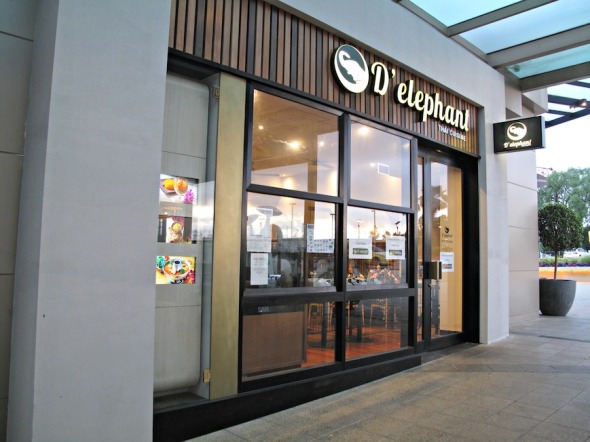