While there was some firmness about how and what Consider The Sauce would be when it started, it was also always going to be the case that it would evolve.

One of the really neat things that have become a feature – and one Bennie and I really enjoy – is getting out and about to various festivals and community events.

This has led to a regular routine of keeping tabs on social media, the suburban press (on the very odd occasion when it gets delivered) and other sources for info about forthcoming events.

Inevitably, of course, some slip between the gaps.

So we were delighted to get hipped to this lovely festival by another blogger who also keeps pretty good tabs on these sorts of things, Eve from Conversation With Jenny.

We met Eve while on rickshaw duty and we’re happy to enjoy her company again for this Sunday outing.

After walking from Yarraville to Footscray, where we’d wisely left our car after the previous night’s festivities, we hook up with Eve and tootle on up Ballarat Rd. 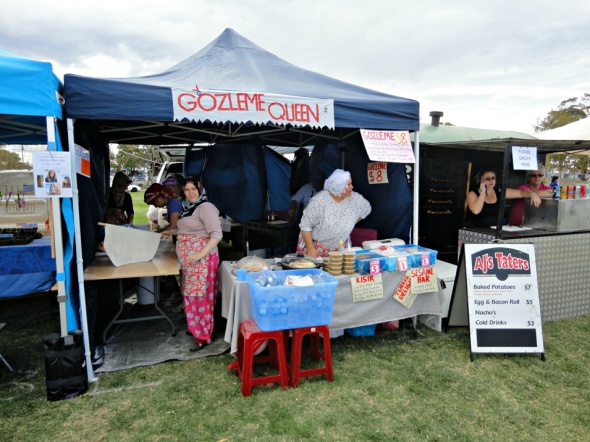 The festival takes up a whole lot more space than any of us have been expecting, although much of that is taken up by your regular sideshow alleys attractions and rides.

The stalls – mostly food, but including others such a funeral director from whose staff we get show bags – are arrayed along a strip about 100 metres long.

The food offerings feature some that you’d normally expect to see at such a bash, but there are a few pleasant surprises as well.

Bennie and Eve are both lusting after those Dutch-style mini-pancakes, so off they go.

He gets his from a regular-looking fast-food caravan establishment; she gets hers from the faux castle outlet.

I go for a serve of fish tikka – it’s mildly spiced, delicate and nice.

Next up for me is a $10 Polish platter from the folks from Eastern Bloc Catering.

This is a delight … three pierogi stuffed with potato, cheese and onion, and topped with crumbled bacon and sour cream. I’m told the cheese is “farmhouse first hanging”.

Cabbage that looks like it may be sauerkraut but isn’t; it’s more of a slaw, lightly pickled and including both red and white cabbage.

Slices of Polish sausage topped with dill pickle and a mix of beetroot and horseradish. 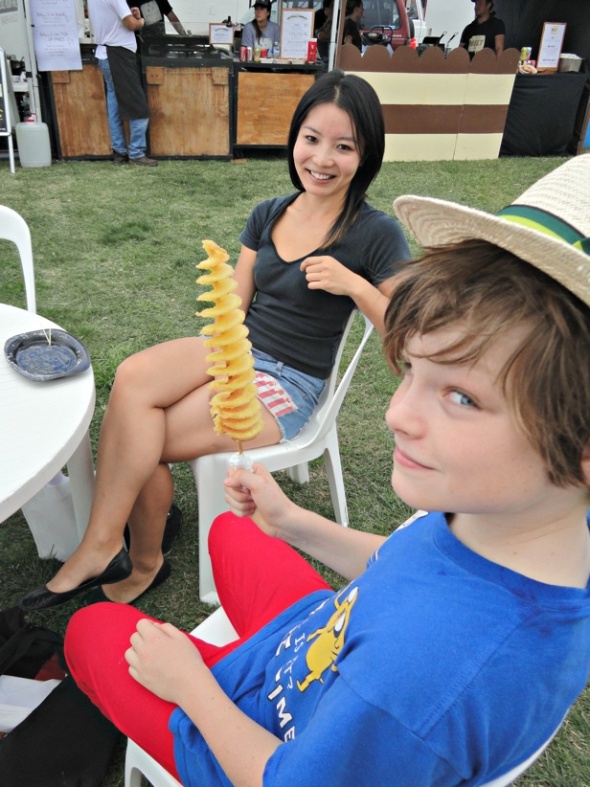 Eve shouts Bennie one of those potato tornado thingies.

He opts for the salt and vinegar version.

Looks pretty much like potato cake on a stick to me.

Eve snags a small bucket of Taiwanese popcorn chicken but us boys to get to try it, too.

It’s fresh, hot and wonderful … not to mention stupendously healthy.

That’s about it for us in terms of food, though I do wrap things up with a serve of chewy loukaomades and an excellent cafe latte.

We take in the sights and sounds a while more before heading home, beating the afternoon downpour and leaving the festival to roll on well into the night. 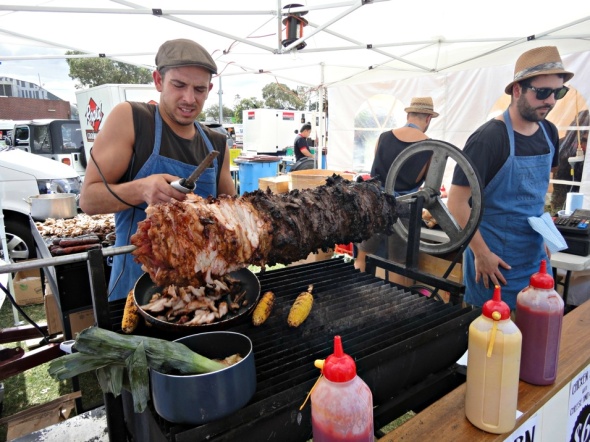 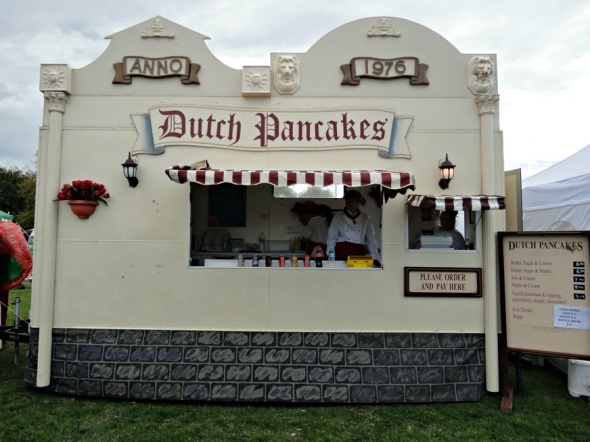 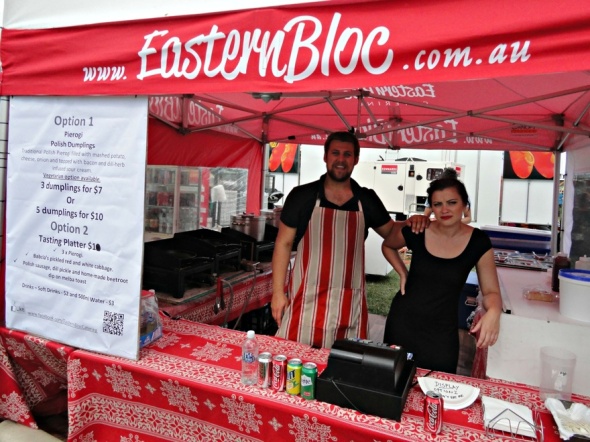 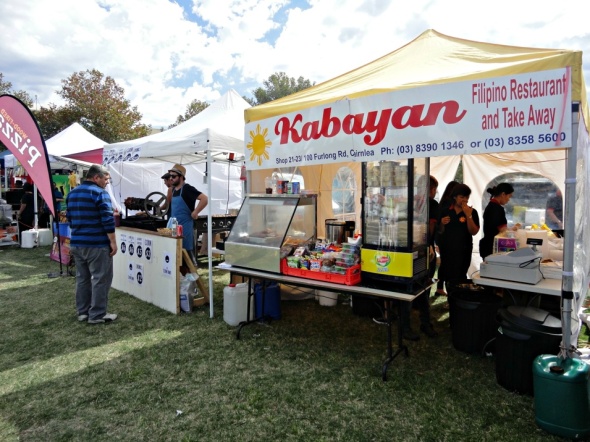