It’s a thrill to contemplate that with the successful completion of the fourth Consider The Sauce Feast, a tradition has been established.

Long may it continue!

The fourth gathering took place at what has already become a favourite of ours.

So much quality and fun is such a small package! 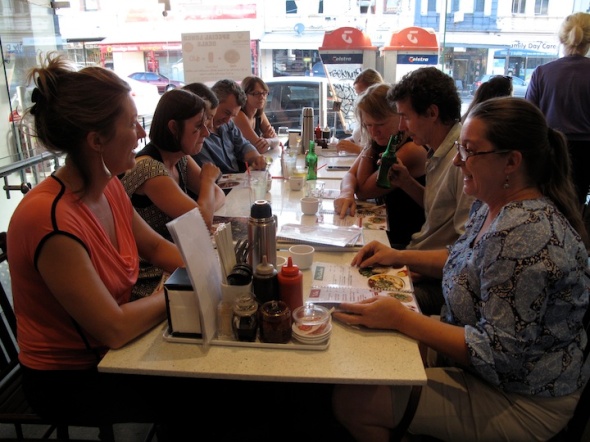 CTS Feat No.4 had some familiar faces from earlier escapades – namely Alistair and Michelle and their gorgeous daughter; and Charles, who brought along his daughter, Celina.

I was very excited to meet Pauline, a regular commenter on CTS with whom I enjoyed discussing Yarraville shopping and how to get kids to eat interesting, Pauline was accompanied by her pal, Sarah.

Also seated at our bubbly table was Jill from Spice Bazaar and her friend Angela.

We were joined by a former colleague of mine, Corrina, and her partner Dave. So cool to have such a good mate from my previous life make an appearance!

Last but not least, we also enjoyed the company of my favourite food blogger in the whole world (other than myself) and Westies co-conspirator, Lauren of Footscray Food Blog. 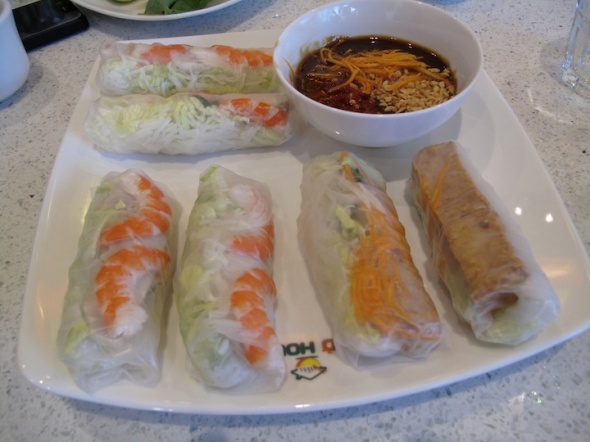 We started with samples of real nice and freshly made spring rolls and rice paper rolls before moving on to the soup dishes.

For the mains, everyone went the bowl route, with no one choosing the rice plate options.

Save for two customers, we all went for pho of various kinds involving a wide variety of beef.

My own plain rare beef small was just fine.

There was much happy slurping done.

Pauline and Sarah went for the seafood curry laksa, which has a rather lovely story behind it.

When I had earlier asked Talina why she had laksa on the menu, she told me it was actually a carry-over from the previous inhabitants of the premises, the much-loved Vy Vy.

So another tradition continues! 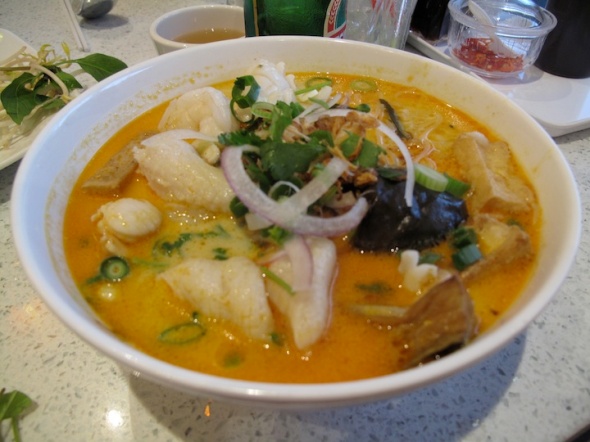 The girls enjoyed their laksa very much, and having dug it myself several times in recent weeks I can vouch for its excellence.

It’s mildly spiced and very creamy, but it’s the seafood that is the biz.

Thanks to our Consider The Sauce friends for the company and thanks to Talina and her staff for taking care of us on what was an already busy night, even without us taking up so much space!

PS: Alistair, I can insert a close-up photo of the top of your noggin if you so desire. 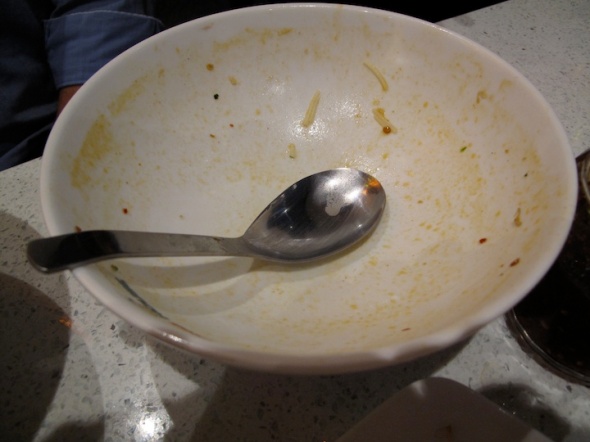