Consider The Sauce is at a family reunion in Northcote.

Actually, it’s more like a combined reunion and 30th, with not just family members but also friends and colleagues of birthday girl Nicole in attendance.

I fit into none of those categories but am being made to feel very welcome nonetheless.

It’s also a fancy dress event – and I have done my bit in that regard by turning up in full-blown ageing hippie regalia.

That’s a bald-faced lie, of course, in that ageing hippie is how I always dress! 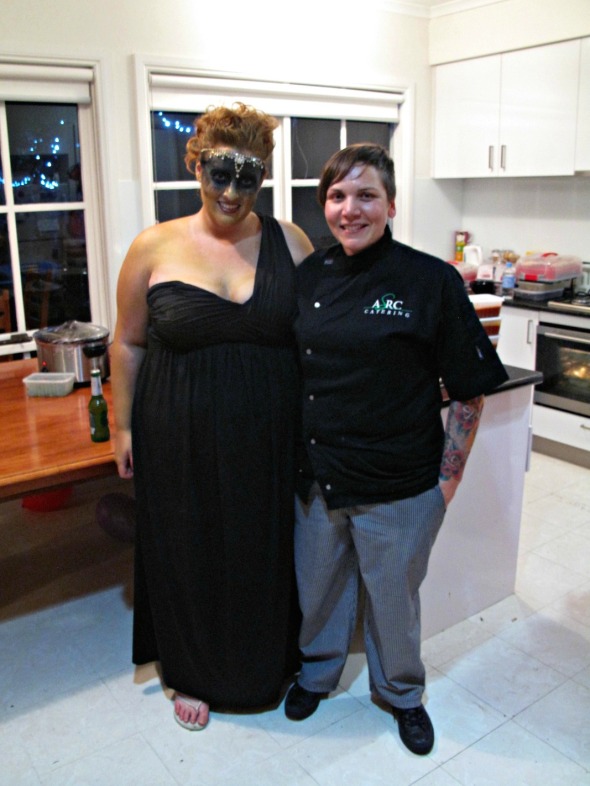 A few weeks before, I had received an email from Nicole.

She’s big fan of Consider The Sauce, is especially digging the recent community-based stories and could I suggest place along those lines to cater for her party?

I fired off suggestions she ignored completely – instead opting for the catering arm of the Asylum Seeker Resource Centre.

That’s great, said I, I’ve been thinking of doing a story about them so let me know how it goes!

In fact … and thinking on my metaphorical feet … why don’t you let me blog your party, and then between us both we can give ASRC catering some well-deserved exposure?

To my delight, Nicole eagerly ran with the whole idea.

When I expressed my appreciation, Nicole said:

“It might be marginally preposterous, but if it helps the ASRC, then I’m all for it!  And anyone who knows me will not be at all surprised at this – you have to take interesting opportunities when they arise!”

So it was that I spent an hour or so with ASRC sous chef Natasha in the Brunswick kitchen.

(As most readers probably know, the Melbourne base of the ASRC is these days in Footscray, but the catering wing will not be making that move until early in 2015.)

Small world department – Natahsa is a Werribee resident who previously worked at Cornershop in Yarraville and has also worked with Jess of Pod @ P.I.D.

But she really, really likes her ASRC gig, which she has had for a couple of years.

It’s mostly minus the crazy hours of restaurant work and she gets a great deal of satisfaction from working with and helping train asylum seekers from many parts of the world.

In this way, the catering business helps people rebuild their lives and is a source of income for ASRC itself.

The food is all vegetarian – this not only avoids any cultural or religious issues with the asylum seekers but is also increasingly seen as an asset and selling point.

Nicole’s party is at the smaller end of the sorts of events ASRC caters, which include weddings and anniversaries and corporate awards ceremonies.

Finger food is the most popular option and plain, no-frills the most common form of delivery, though that can range right up to delivery accompanied by full service and staff

Other menu selections that caught my eye include …

Akaree – a typical snack eaten throughout Africa, black eyed bean fritters with onion, chilli and ginger, fried to perfection with a red capsicum and peanut sauce.

Sudanese curry – a delicious stew of cannellini beans, tomato, eggplant and potatoes. Seasoned with cumin, cardamom and cinnamon, and served with our homemade yellow spice bread.

Tandoori vegetables – chunky, seasonal vegetables and paneer marinated in yoghurt and spice and roasted to perfection. Served with basmati rice.

ASRC cater can also provide beverages, including beer and wine.

For more information about ASRC catering go here, and for a full and extensive menu go here.

Natasha and I make the brief journey from Brunswick to Nicole’s Northcote joint to find the party already in full swing.

Nicole grins when she tells me that she has evolved a simple way of avoiding any misgivings the assembled guests may have about the vegetarian fare she is offering them – she is simply not going to tell them.

She’s going to feed them instead – and it works a treat!

I really like the chick pea curry, which is packed with a variety of vegetables and has a rich gravy not unlike that of a massaman curry.

The trick there is the use of coconut milk – something I’ll be sure to try next time a cook with chick peas. It’s a nice alternative to the usual tomatoes/onions/spices combo.

Thanks to Nicole and her extended family for making me feel so welcome and to Simone and Natasha at the Asylum Seeker Resource Centre for helping make this story happen. 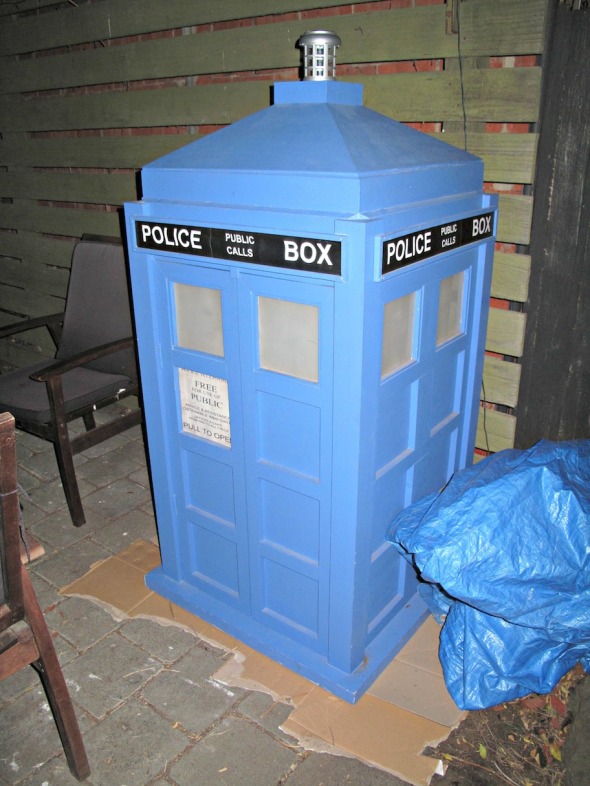