CTS enjoyed chatting with this happy and livewire bunch of young women. They’re all from Malaysia, all friends, have all been studying – on scholarships – at Melbourne University since July. As such, they’re apartment dwellers but were very happy to have collectively made the train trip to Laverton for “a taste of home”.

After its premises was sold under it, some doubt surrounded the future of the MiHub institution.

So it was a happy hoot to attend its latest incarnation – as a “night market” at Laverton Multicultural Hub.

Best of all, the new night market set-up will continue on a near-monthly basis for the rest of the year.

MiHub will operate on the following Saturdays:

CTS was delighted to run into several readers who had rocked up in response to our preview story earlier in the week as well as a number of other friendly faces.

However, gauging by the number of people story checking that story out online, I fear some may have turned up quite late in the day and after I had departed.

Truth is, while the advertised ending time was 9pm, just about all the food had been sold and eaten by about 7pm.

Please keep in mind, this is a community initiative run by volunteers – not a professional, commercial festival or market that will cost you hefty admission fee or involve an hours’ worth of waiting in queue.

Aunty Nora has enthused to us that future 2015 MiHubs will be better and bigger and include music.

Turning up early is probably a good idea!

If all goes as tentatively planned, CTS will be on board as willing workers next time out in a dish-washing bid to introduce real crockery and cutlery to proceedings.

Among the attendees were dad Kelvin, mum Susan and boys Brendan and Ryan.

For this Tarneit family, the Laverton venue was the fourth at which they’d attended MiHub festivities.

I really enjoyed my superb, freshly-made murtabak with a slightly spice but very nice beef/vegetable stew.

And I loved, too, the delicate tuna patties, samosas and gulab jamun created and sold with a big smile by Masuma. 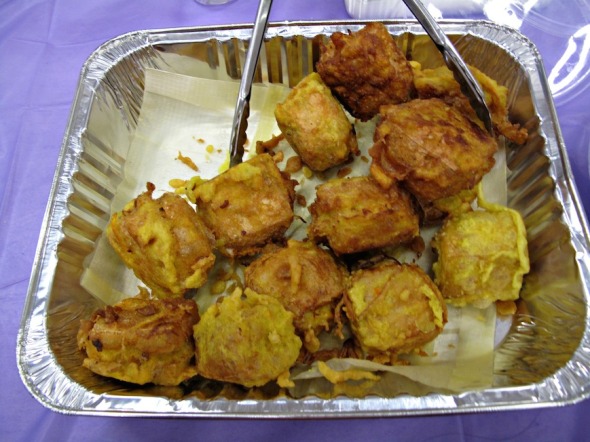 These tofu cubes had been stuffed with a garlicky mix of veg, bean sprouts and vermicelli then deep-dried to a crisp.

Full of tummy and hanging out with Aunty Nora and son Jake. 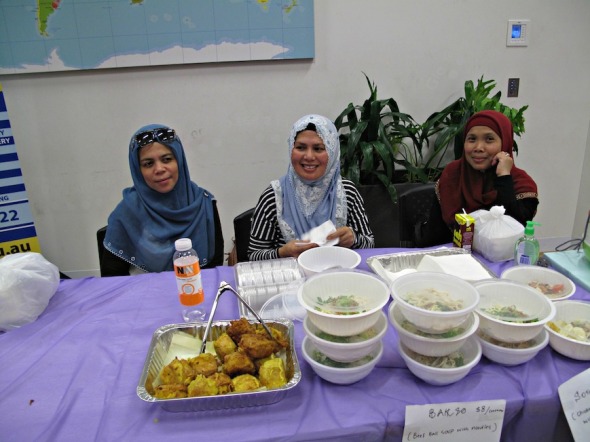 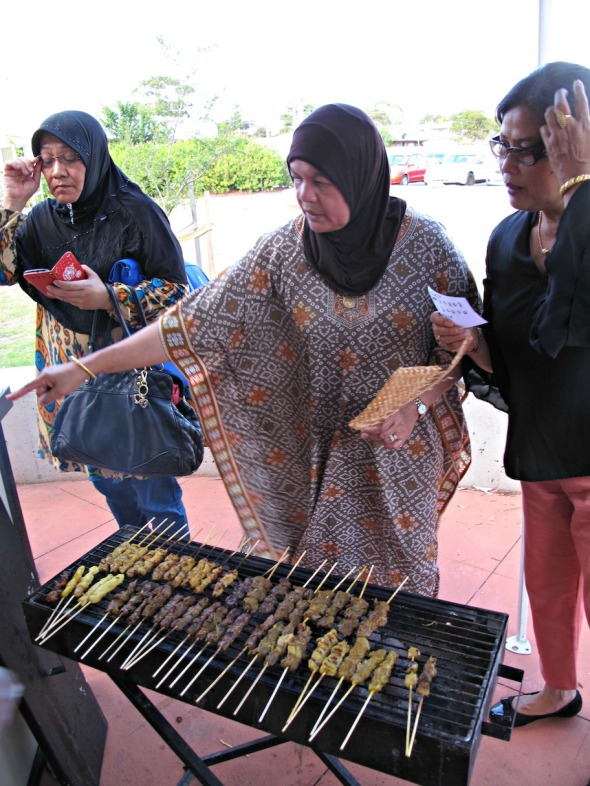