Hoppers Crossing shopping centre, right next door to the station, has had a revamp.

Honestly, with the opening of whizz-bang Pacific Werribee just up the road apiece, I thought the powers that be may have just called it quits at Hoppers.

But, no, it appear there is demand – so the show goes on.

Of course, nothing is going ever going to make the immediate neighbourhood around here salubrious, with its roundabouts and ceaseless traffic flow. 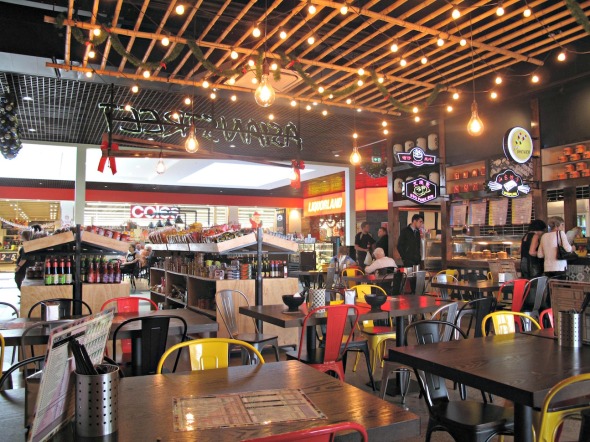 But we’re interested to see what food is on offer.

We spy a banh mi place, a chic cafe, an Indian outlet – and Asian Street.

This place sells quite a wide range of Asian food – Japanese, Chinese, Thai, Malaysian, some yum cha, and even provides Asian groceries.

The big question for us is this: Will the food here be any better than the usual shopping centre food court fare? 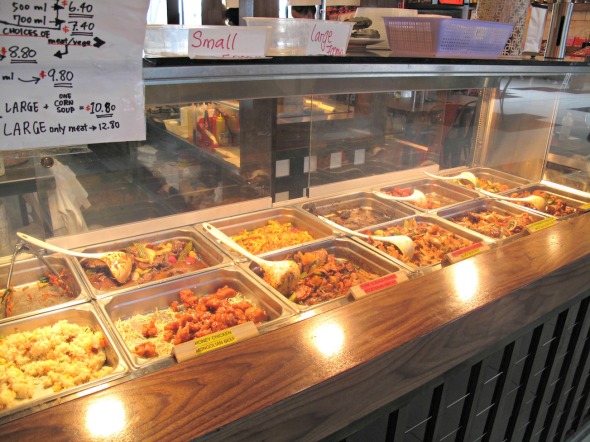 The quickie take-away offerings appear to suggest not.

On the other hand, we are encouraged by the knowledge that the Chinese roast meats on hand are cooked in house, giant ovens and all.

As well, the place serves dishes quite a bit edgier than normally found in a shopping centre context – spicy green bean jelly noodle, for instance, on the Chinese entree list, as well as a line-up of skewers.

After contemplating the menu (see below), we start with a couple of curry puffs ($2), one vegetable and one chicken.

They look chubby and nice, but collapse when attacked.

They’re OK, but we don’t notice much difference in the fillings.

It’s a solid and generous outing, though the pork seems a bit dry to me.

Soy chicken is not listed on the menu, but I request it on the basis of having seen the roasted birds hanging up!

The chook is fine.

The roast pork is, too, though it is very fatty.

What I’m mostly missing, though, is the attending bowl of chicken broth that routinely accompanies such a dish.

Bennie reckons I’m pushing my luck by requesting soup in such a place, fearing I’ll be brought another entire meal.

Such is not the case!

My soup is brought graciously, speedily and without extra charge.

There’s not a lot of the food offered by Asian Street around here.

I’d want to take staples such as mee goreng, ramen or cumin lamb skewers for a spin before really sitting in judgment.

In the meantime, Asian Street strikes us as a place that could be a real treasure for locals with a knack for smart ordering. 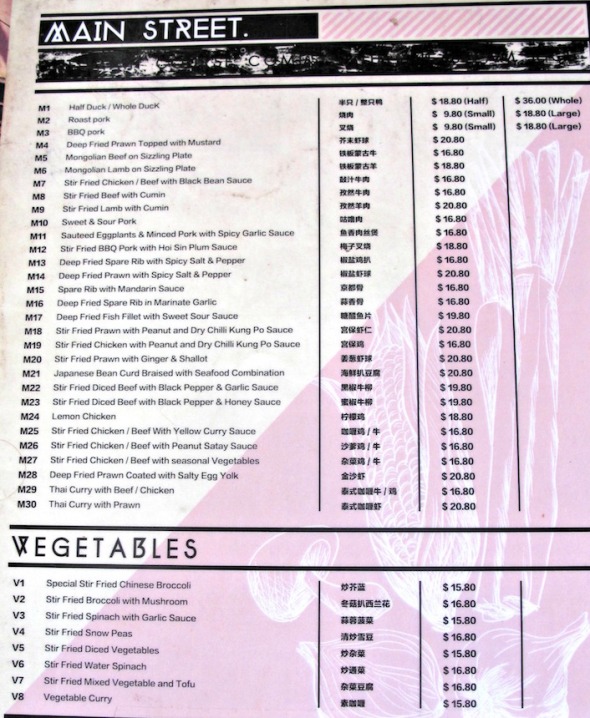