Vietnamese in our hood

It’s not like we were consciously hanging out for Vietnamese food in Yarraville – perhaps because we have become so used to travelling to Footscray, Sunshine or St Albans, and thoroughly enjoying doing so.

But the arrival of Friend or Pho and Hoa Sen has had a profound effect on our lives.

Its the scratch we didn’t even know needed scratching!

Going by the numbers of people we see in these two different yet complementary places, we are not along in enjoying them. 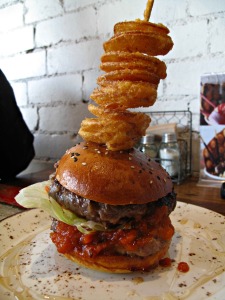 But we have also loved the trip to Avondale Heights, knowing our destination is Bao & Pot Cafe.

We loved Vietnamese of a different kind at Phi Phi 2 in St Albans.

Here they proudly serve table-top cooking with roots in Korea and flavours fully redolent of Vietnam.

Delicious in every way!

If you were to gauge the state of the burger in our western suburbs going solely by coverage in Melbourne’s food media – be they grand, print, digital and/or vacuous – you’d think there’s nothing much going on save for one particularly famous Footscray joint.

Because we enjoyed very excellent meals at Gemelli in Point Cook, Burger Business in Footscray and Burgernomics in Braybrook.

The move by Marco and Maria from humble digs in Sunshine North to a flash, new and much larger premises in Deer Park was in many ways THE western suburbs food story of 2016.

We love what they’re doing, with all our favourite sandwiches and more still available but joined by a much wider range of eating options, including parrillada, South American-style barbecue.

This happy event was covered in various stories, including this one and this one.

Equally exciting was the opening in Yarraville of a branch of Pizza d’Asporto.

Doubtless we’ll still feel like venturing to the cool Williamstown mothership, but now we have these folk just a few blocks away!

We were thrilled to attend the pre-opening party and have been back for mighty pasta dishes.

We are unsurprised Pizza d’Asporto has been an immediate hit.

The real soul food of Melbourne

In the past few years, CTS has eaten – and mostly enjoyed – a lot of food in Melbourne that is promoted as being American-style barbecue.

Sometimes, this stuff is also billed as being “soul food”.

We love those favours, the meats, the sides.

But like everyone else, we pay for the, um, privilege.

We reckon it’s all a bit of a trendy con.

So let’s re-brand what “soul food” can and should be.

“Soul food” should be what local folks eat.

It should be cheap as.

In Melbourne’s west, what we consider to be dinkum soul food comes in many guises – including Vietnamese and Indian.

But it’s Somalian fare we most think of in this context.

There’s still a bunch of Somalian places for still to check out on Racecourse Road in Flemington, but we truly love the food at Deli Afro Restaurant.

A very cool night in Footscray

Our other African highlight for the year came courtesy of fabulous Ethiopian food at Selam Authentic African Restaurant & Bar on Nicholson Street as we hosted our buddy Mietta and various of her family members on their annual pre-Chistmas night out.

We loved showing off a part of our world and really enjoyed the company!

Is Searz our favourite cafe?

We do know that we’ve loved fronting up a few times to check out the Friday night specials, revelling in amazing food at superb prices.

And when we visit Searz, we just know that we’ll be indulging in BOTH the alluring blackboard desserts!

Indian sweets of a different kind

Despite our very deep love for Indian food, that nation’s sweets have mostly been found by us to be way too cloyingly rich.

You can get those full-on delights, such as barfi, at Kumar’s Sweets in Derrimut.

But our whole mindset about Indian sweets has been transformed for the marvellously delicious yet less rich treats they produce based mostly on nuts and dried fruits.

Beyond the western suburbs

How much to we love a drive to Brunswick East?

Very, very much when Middle Eastern/Mediterranean food is on the menu.

We’re happy to pay Teta Mona, Mankoushe and Moroccan Deli-cacy the ultimate accolade of wishing they were in the western suburbs. 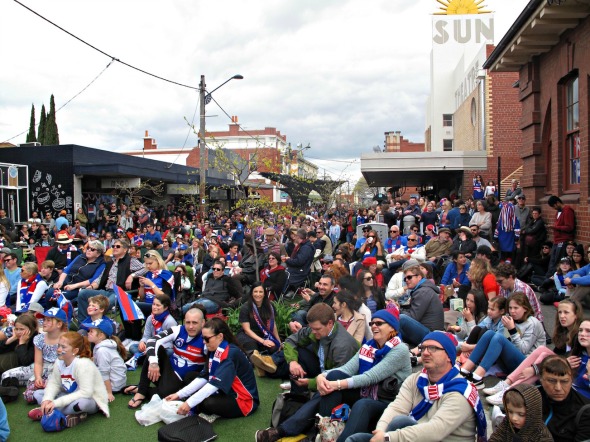 Non-food event of the year