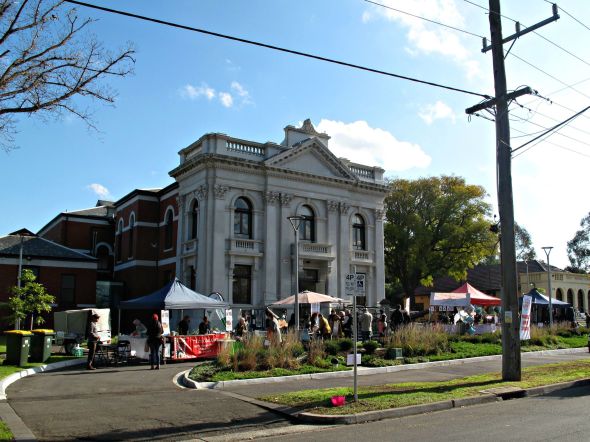 From the street, Kensington Market doesn’t appear as if it amounts to much – a handful of stalls, a couple of which doing food: Gozleme, corn, snags.

Once along a hallway and into Kensington Town Hall proper an entirely different picture emerges.

The hall is chockers with a quite diverse range of “maker” goodies – clothing, crafts of many sorts, jam, artwork and much more.

Even better, an adjacent room has a whole of lot of food stuff going on.

There’s nothing too elaborate, mind you – no sit-down meals or the like.

But there’s more than enough for me make myself at home for an hour or so, eat well and meet some lovely folks.

One crew, manning the in-house kitchen, is doing things such as toasties and egg and bacon rolls at extremely low prices.

From them I procure minestrone for a silly cheap $4.

OK, it’s a smallish serve in a polystyrene cup – but gosh it’s the real deal and very good!

I enjoy making friends with Von and her pal Ocea.

Von makes her living cooking for kids so her Von’s Vegan Bake House operation is a weekend thing.

Her range of sweet, baked things is impressive and enticing.

I have a slice of one of her cakes with my coffee.

It seems like a modestly proportioned piece for $6 but this ain’t no airy fairy sponge – it has real heft and is delicious. 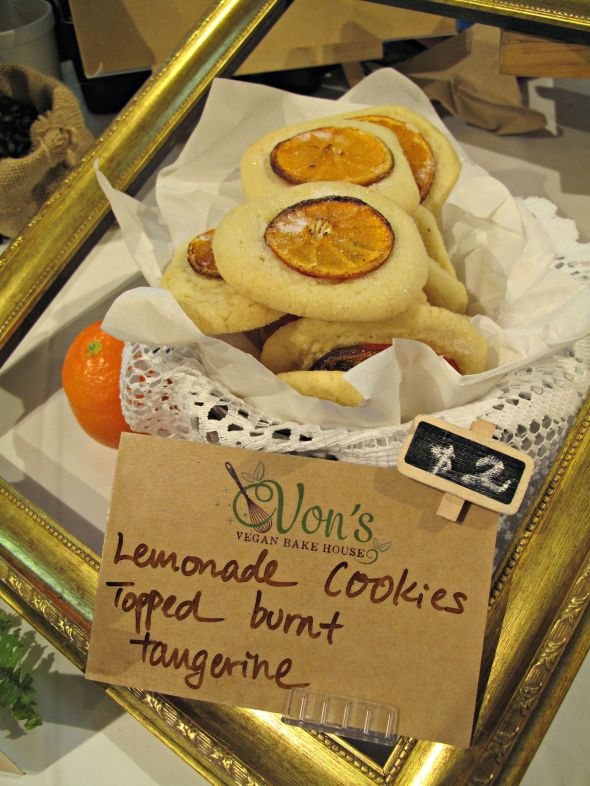 From Von I also secure some cookies – don’t they look amazing?

(I find out at home that they indeed are …)

Right next door, I meet Simone and Sam who are here representing St Mary’s Coptic Orthodox Church, also of Kensington, and raising money to help feed the homeless.

From them I get – also for taking home – some luscious-looking rice pud!

Even better, they tell me that in a few weeks their church will be holding its annual fete, at which there will be all sorts of Egyptian food on offer.

Unless unforeseen factors intrude, CTS will be there – I can just about taste it already!

The next Kensington Market will be on Sunday, August 16.

I can understand the allure of food festivals.

But every weekend somewhere near you there’s fairs and markets and fetes that do food, too.

It’s a parallel universe I prefer.